City Guide about Pretoria with tips and reviews by travelers. 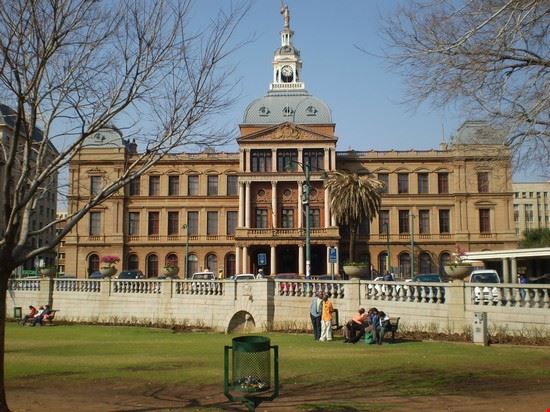 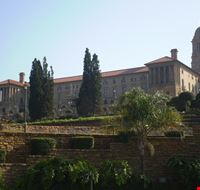 GuidePdfAppDownloadRow-GetPartialView = 0
Pretoria, presently known as Tshwane, is one of South Africa’s 3 capital cities, serving as the executive de facto capital of the country. This city, lying about 50 km to the north of Johannesburg, will host the 2010 FIFA World Cup.
Pretoria is a summer rainfall area, having hot days interspersed with short afternoon thunderstorms and subsequent hail. Average daytime temperatures are 30°C in the summer and 20°C in the winter, with the cold season being mild and dry.
The best time to visit Pretoria is in the spring. This is because nearly 70,000 exotic Jacaranda trees are usually in full bloom by October, giving the city a picturesque purple-coloured look and resulting in it being popularly called as ‘The Jacaranda City’. The city is home to about one million people.

Overall Guide : Be it sky-diving at the Pretoria Skydiving Club or indulging in shopping sprees at the sprawling Brooklyn and Centurion malls, Pretoria has something to offer all its tourists. The city’s main street, Church Street is not only the longest street... more in the country but also one of the longest straight streets in the world. With over 35 museums, Pretoria is ideal for the culturally-minded. When visiting Pretoria, one should visit The African Window (the national cultural history museum) which showcases excavated archaeological material, artworks and early domesticated animals. On a pleasant weekday afternoon, tourists can find their way to Technopark Boeremark, a countryside flea market at which one can experience the culture of the African people. Top award-winning restaurants of South Africa can also be found here. Pretoria is also the starting point for the famed Blue Train and the Rovos Rail luxury steam train.

Overall Guide : I've been there three times, and it had captured my attention and interest the first time I went there, though I've been to Joberg, Bloomfontein and Durban, but Pretoria always had that distinctive EuroAfrican ambience. So much I had enjoyed... more the tranquility of the suberbs, the vibrant Pretoria city center and the lovely nights of Hatfield.
Not to be missed Barnyard theater in Menlyn Mall , South African Safaris , Voortrekke monument

Overall Guide : Really enjoyed travelling there. I'm from zim. First time i was pretty scared because i had heard about the crime rate, but i did my shopping with about R5000-00 arross town with no incident at all.

Overall Guide : We tour a guided tour so can't say much about transpo, although there being no trams or trains to get you around the city would score a low one for me. City is great for the history.
Not to be missed church square , Union Building , Voortrekke monument

Overall Guide : It is a very clean and safe city, with amazing weather! The weather is very mild and winter not too cold and summer is not to hot! Very scenic and lots to do. Wildlife centres and parks surrounds the city... more and also inside the city. Pretoria has a very vibrant setting with Universities and colleges that gives it a great wibe!
Not to be missed Game reserves , Sport , Union Building

Overall Guide : Lots of shopping malls and nature reserves. Climate fantastic, but allergies rife in winter when it is dry and dusty.
Not to be missed Botanical gardens , Barnyard theater in Menlyn Mall , Cynthias Restaurant and Art gallery

Overall Guide : VERY USEFUL LOCATION OF SOUTH AFRICA. I WANT TO VISIT ALL THE PLACES LIKE GOLD MINES, WATER RESOURCES AND ALL.
Not to be missed Hunting Safari , South African Safaris , Art Creations