City Guide about Girona with tips and reviews by travelers. 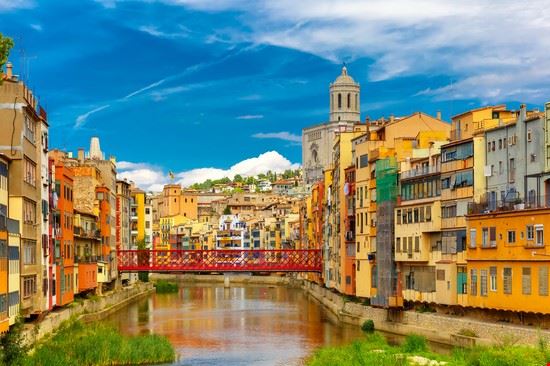 GuidePdfAppDownloadRow-GetPartialView = 0
Girona, capital of the province of Girona, is situated north-east of Catalonia. Located in Spain, Girona lies close to Barcelona. With a population of around 86,000 inhabitants, the city is a major historical and cultural centre.
The city has an ideal Mediterranean climate, characterized by mild winter temperatures and minimal rain. The city receives a great deal of sunshine throughout the year, making it favourable for visit any time of the year.
Formerly known as Garunda, the city was initially inhabited by the Iberians. The city was then captured by the French in 1809, who widely contributed towards the expansion of the city.
Tourism is one of the main money-earning industries in Girona. Music is an important cultural element.

Overall Guide : Relaxing and beautiful. Lots of little villages around the centre where you can stay for a decent price. The weather in perfect in june however if you go in august, the sea is close and you're sure to find a... more swimming pool. The perfect place for a relaxing holiday when youre on a low buget (ryanair flys to Girona)

Overall Guide : You must see the old side of Girona. Very nice buildings. It is a very safe place and you enjoy having a cup of Cappucino listening to live music.