City Guide about Interlaken with tips and reviews by travelers. 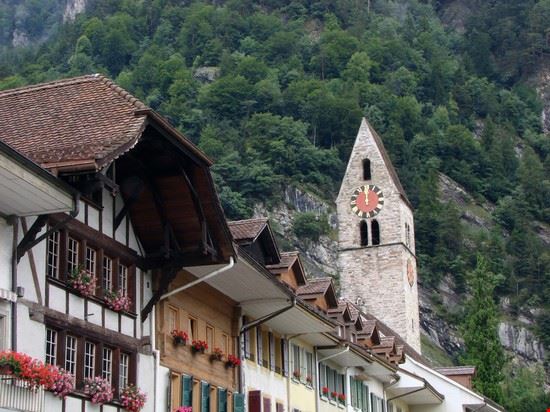 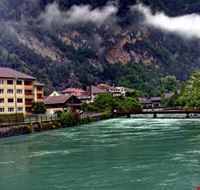 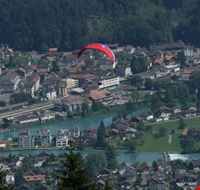 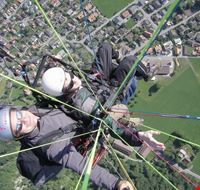 GuidePdfAppDownloadRow-GetPartialView = 0
The picturesque town of Interlaken is located between the lakes Brienz and Thun in the Jungfrau region of central Switzerland.
Interlaken is situated amidst the beautiful Swiss Alps at a height of 570 m above sea level. The peaks of the Eiger, Monch and Jungrau surround it. The climate is fairly mild with average winter temperatures around 0°C and summer temperatures touching 20°C.
Interlaken has a population of approximately 5,700 people. The most widely spoken language is German, although French and Italian are also spoken.
This alpine town has an ancient history and culture that dates back to the times of the ancient Roman conquerors. The culture is also influenced by the presence of a convent of the Augustinian Canons that was situated here for close to four hundred years.