City Guide about Tunis with tips and reviews by travelers. 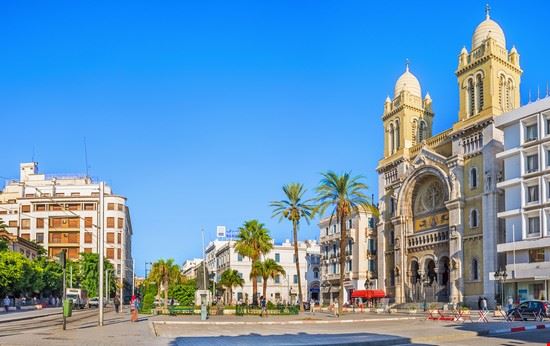 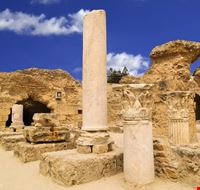 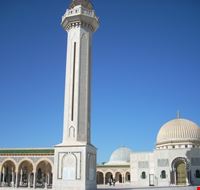 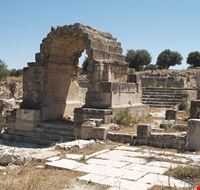 GuidePdfAppDownloadRow-GetPartialView = 0,0156267
Tunis, Tunisia’s capital city, is located on an isthmus  (a narrow strip of land connecting two larger land areas) between two salt lakes, the marshy Sebkha-el Sejumi to the south-west, and the shallow el-Bahira (little sea), or Lake of Tunis, to the north-east.
The importance of Tunis dates from the Arab conquest when, as Carthage sank, Tunis took its place commercially and politically.
It became Tunisia’s capital under the powerful Hafsid dynasty (13th–16th cent.), but the original town is much older.

The city is built in the shape of an amphitheatre, with the kasbah, or citadel, at its highest point. The old town (Medina), built during the 7th century AD, lies between two suburbs, the Ribat-elSowika on the north and the Ribat Bab-el-Jezira on the south. Beyond the Bab-el-Bahar (sea-gate), now called Porte de France, on the level ground by the Bahira, is the marine town, or Quartier Franc, built during the French occupation in 1881. Since the old times and among the centuries, the city has been a leading centre of trade between Europe and the Eastern Mediterranean.

Today, Tunis is a wonderful place where old and new cohabit in perfect harmony: domes and minarets, broad boulevards lined with cafes and flower stalls and modern shops mix together in this unique, cosmopolitan city.

Overall Guide : Tunis is full with beautiful things to visit that will suit everybodies taste. Here are some of them: The Zitouna Mosque, one of Medina’s oldest sights rebuilt in the 9th century on the site of the original 7th century structure.... more The Hammouda Pasha Mosque, with its delicately decorated octagonal minaret. The Mosque of Youssef Dey, the first Ottoman-style mosque to be built in Tunis (1616). The Tourbet el-Bey, a huge mausoleum that houses the remains of many Husseinite beys, princesses, ministers and advisors. The Museum of Arts and Traditions, a splendid 18th century palace which houses costumes and accessories of upper class life in 19th century Tunis. The famous Bardo Museum located in a 19th century building on the west side of Tunis, displays one of the world’s finest collections of Roman mosaics. Tourists can enjoy some typical French colonial architecture in the ville nouvelle and the lovely Cathedral of St Vincent de Paul, with its unique mixture of styles - Gothic, Byzantine, North African. If possible, try to catch the train to the nearby Carthage. Built by Queen Dido and devastated by the Romans, it is today one of the most significant archaeological sites in the whole world.

Overall Guide : Our beautiful country is fligths by many fantastic tourisem places. The importance of Tunis dates from the Arab conquest when, as Carthage sank, Tunis took its place commercially and politically. It became Tunisia’s capital under the powerful Hafsid dynasty (13th–16th... more cent.), but the original town is much older.I t is really pretty there but i just really dont want to go back, i would rather go some where else!!!:)
Not to be missed National Archeological Museum of Carthage , Sidi Bou Said Beach , Dar El Jeld

Overall Guide : Yes i think it is safe what can happened in tunisia, it is happening everywhere so there is no need to be afraid from visiting Tunisia, i know some places in America much more dangerous. In Tunisia at least you... more can walk in street without fears.
Not to be missed tabarka , kantawi , Sidi Bou Said Beach

Overall Guide : Tunis is a captivanting city and surrounding places rich of beauty beaches, archeology and history with good prices. Jewel of Africa mediterranean with people to pass on lovely and safety. We will back to explore the Saara`s zone, mountains, water... more falls and the beaches with your emerald green emerald to blue turquoise.
Not to be missed Sidi Bou Said Beach , Bardo Museum

Overall Guide : It was a holiday that I'll always remember.... the holiday was also accessible for older people, and the tour guides were excellent .... I even saw the desert, the only negative aspect was the swarm of flies that harassed customers

Overall Guide : Excellent Trip! Fantastic food! Friendly and sweet-natured people! In Tunis, I could find ANYTHING I needed. And I LOVED shopping the souks! (Haggling - is a MUST!!!!) I stayed at a B & B, and also booked a hotel on... more my last trip. I have made 4 trips thusfar - and am planning another this year.
Not to be missed Bardo Museum , National Archeological Museum of Carthage , Bab El Bhar