City Guide about Aberdeen with tips and reviews by travelers. 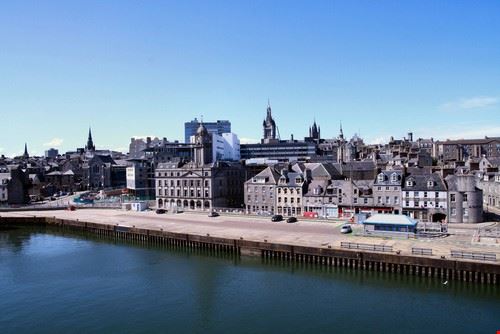 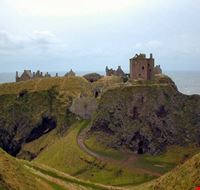 GuidePdfAppDownloadRow-GetPartialView = 0
Aberdeen is situated in the northern part of Scotland. This city of approximately 202,300 inhabitants is one of the country’s largest commercial fishing ports. Since the discovery of oil in the North Sea, the city has gained further importance, and is even referred to as the ‘Oil Capital of Europe’.
The best time to visit Aberdeen is in the summer between June and August when the average temperature is at 16°C. Winters get very cold with an average temperature of 6°C, sometimes even falling to freezing point.
The city’s location near the mouth of two rivers and along the sea gave it great advantage from the point of view of trade and commerce and accessibility. Today, Aberdeen is a modern city with a large student population.

Overall Guide : Many of the city’s buildings were made with grey granite which was found in the quarries in the region, this has earned the city the title of ‘Granite City’. Aberdeen has a marked ‘Scotland’s Castle Trail’ which will take you... more through several beautiful structures in the area like the legendary Fyvie Castle from the Middle Ages and the towering ruins of the Kildrummy Castle, among others. The Gordon Highlanders Museum, a military museum, and the Maritime Museum, which showcases the working of ships and oil rigs and other aspects of the city’s maritime life, are worth a visit. The Aberdeen Art Gallery has a comprehensive display ranging from sculpted antiques to modern art. Aberdeen is often referred to as the ‘Flower of Scotland’ as it is covered with numerous parks and gardens lain with flower beds. The highlight amongst these is Duthie Park, especially its Winter Gardens and Rose Hill.