City Guide about Fort Collins with tips and reviews by travelers. 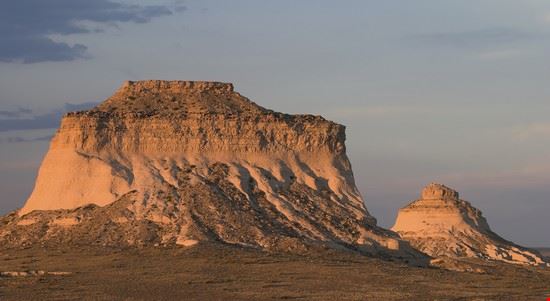 GuidePdfAppDownloadRow-GetPartialView = 0
Fort Collins can be described as a ‘Home Rule Municipality’ located on ‘Cache La Poudre River’ along Colorado Front Range. Moreover, it’s county seat and a densely populated place all over Larimer County, Colorado, US.
Fort Collins lies at the distance of 92 Km on the northern side of ‘Colorado State Capitol’ in ‘Denver’. As per census conducted in the year 2000, it’s the 5th most densely populated city all over Colorado. Fort Collins has been known as a big ‘college town’; being home to ‘Colorado State University’. According to ‘Money’s’ edition of 2006, it was named as the ‘Best Place to live’.
Fort Collins stands on the eastern side of ‘Rocky Mountain’ foothills of ‘Northern Front range’; at an approximate distance of 105 Km on the northern side of Denver (Colorado) and 72 Km on the southern side of Cheyenne (Wyoming).  The elevation of Fort Collins is 1524 meters above the ‘sea level’.
Sunshine is experienced for around 296 days/year.
The population as per 2006 census was 129467.

Overall Guide : Avery HouseAvery House can be described as one of the historic homes constructed in the year 1879. Franklin Avery was the person who built it. He has been credited for finding the 1st National Bank as well.  The ‘original’ home... more contained 2 rooms upon the 1st floor, 3 bedrooms upstairs; apart from a basement. Avery House, along with the fountain, gazebo, and carriage have been registered on ‘National Register of Historic Places’.TimingsAvery House remains open on Wednesdays and Sundays between 1300 and 1500 hrs. City Park At ‘City Park’, there are tennis courts, ball fields, paddle boats, pottery studio, and playgrounds. A mini-train happens to run at the time of summer season. Those who are crazy about traveling by trains can visit the ‘City Park’.  Kids can get in to jubilant mood.
IntroReviewListContainer-GetPartialView = 0,0156262