City Guide about Grand Junction with tips and reviews by travelers. 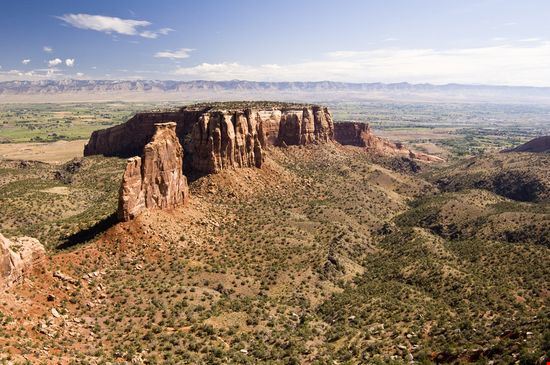 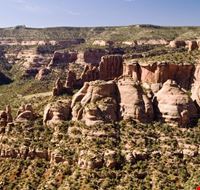 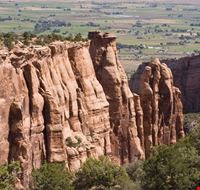 GuidePdfAppDownloadRow-GetPartialView = 0
Grand Junction is a small city with an area of close to 80 sq km. It is located in Mesa County in Colorado, USA. This city houses a population of around 46,000 residents which makes it one of the most populous cities in Colorado. The city is watered by Rivers Colorado and Gunnison.
This region was initially home to the Ute Indian tribes; Europeans settled here in the late nineteenth century. The Grand Valley is popular for its fruit orchards that have also given way to numerous wineries. Later, with the discovery of oil deposits, this city’s economy has been prospering greatly. Other major contributors to its economy are tourism, agriculture and the service sector.
Grand Junction experiences a semi-arid climate of the continental type with pleasant spring and fall seasons, warm summers and mild winters. The average annual temperature in this city ranges between –5°C and 15°C.

Overall Guide : There are few great wineries in Grand Junction. It is fun to watch how the finest of the wines are made. Some of the good wineries include Colorado Cellars, Grande River Wine yards, Whitewater Hill Vineyards and Confre Cellars. The... more city has some great museums as well. A specialty museum that is enjoyed the most with kids is Western Colorado Math and Science Center. Other popular museums include Dinosaur Discovery Museum. This is a museum which has life-sized robotic dinosaurs and an earthquake stimulator which is the main attraction. Cities which are close to Grand Junction are Fruita, Clifton, Palisade, Glade Park, Mack, De Beque, White Water and Loma. A grand festival is the Oktoberfest that is celebrated in the month of October. Another great social event, where most of the citizens participate is Winter Festival & Parade of Lights.
IntroReviewListContainer-GetPartialView = 0,0156258

3
The Museum of Western Colorado