City Guide about Kissimmee with tips and reviews by travelers. 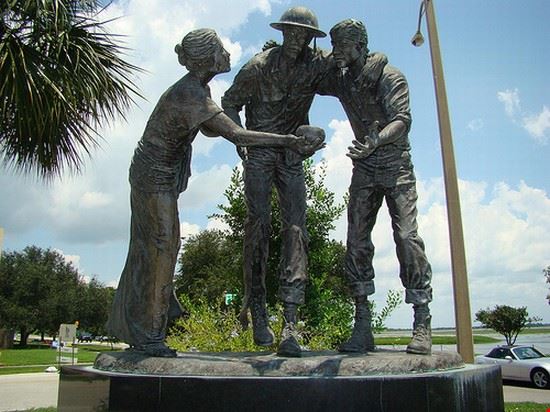 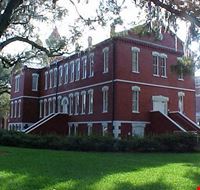 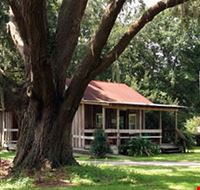 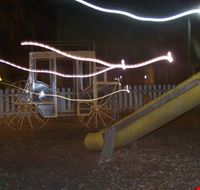 GuidePdfAppDownloadRow-GetPartialView = 0
The city of Kissimmee is situated in Florida, United States. It is the county seat of Osceola County and has a population of approximately 50,000 inhabitants. Kissimmee is located just ten miles from Orlando and is known as the ‘Gateway to the Walt Disney World’.
The city was founded in the mid-nineteenth century and incorporated in 1883. Traditionally, the economy was supported by animal husbandry. However, the opening of the nearby Walt Disney World has enabled economic diversification by adding tourism as a significant component.
The region is characterised by a subtropical climate, with warm, humid summers and regular thunderstorms. Winters are mild and sunny, with pleasant days and cool evenings.

Overall Guide : The quaint, little town of Kissimmee greets its visitors with an endearing and delightful charm. The rustic brick-lined streets and cobbled alleyways impart an old-town feel to the place. It is an enjoyable experience to stroll down the streets, browse... more through the shops, interact with the locals and collect memorabilia and antiques. Medieval Times in Kissimmee is the replica of an eleventh-century European castle, replete with traditionally attired staff, knights competing in battles and equestrian drills. Osceola Centre for Arts promotes artistic expression and features a theatre and an art gallery. Jungleland and World of Orchids showcase the most exotic flora and fauna to interest nature enthusiasts. Green Meadows Petting Farm provides the visitors with an insight into farm life. Other attractions in the city include Splendid China and Bok Tower Gardens.

Overall Guide : Kissimmee is an area widely spread out, with US-192 running East to West. By car it would take you 30 minutes to cross on this axis. Although the town of Kissimmee is located at the very East end, the West... more side is what is mostly known as Disney World's backyard. Lots of tourism will be traveling to and through the area. This contributes to the abundance of restaurants and hotels, entertainment in general for this little town in Central Florida.
Not to be missed Old Town , Disney World , fishing

Overall Guide : Nice and a good place to live and i would like to tell you all the state on monument street
Not to be missed War Veterans Monument , fishing , Boat tour on Lake Toho

Overall Guide : Nice place to visit but a little expensive. Would visit again if there were more toopers on the road looking out for crazy drivers and more public buses to and from the hotels and the amusement parks and even to... more and from the international airport. Thank you.
Not to be missed The Bataan Corregidor Memorial , Osceola Center for the Arts , Old Town

Overall Guide : Close to all attractoins, with many fine motels, costing less than Orlando. You name it, kissimmee has it.
Not to be missed Disney World , Old Town

Overall Guide : Kissimmee has always been a great vacation destination for our family. We don't have a huge budget which is one of the reasons we go to Kissimmee. Plus with so many great accommodations, a wide variety of restaurants, and Walt... more Disney World, Kissimmee will always be our favorite destination spot. Even if you are on a budget, you can always find reasonably priced rooms and places to eat.
Not to be missed Walt Disney World , Universal Studios , Downtown Disney

Overall Guide : We are moving back.. been to everywhere in the world, but still the best place to live.
Not to be missed oldtown kissimmee
IntroReviewListContainer-GetPartialView = 0

3
Osceola Center for the Arts
1 vote