City Guide about Park City with tips and reviews by travelers. 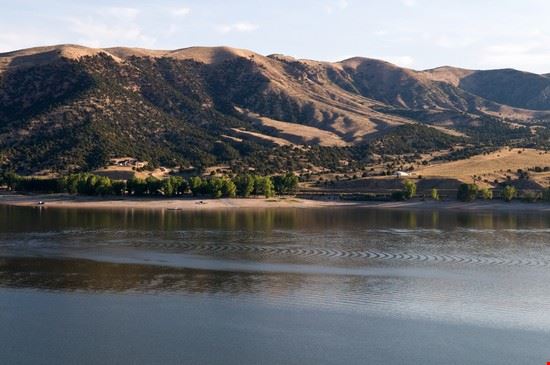 GuidePdfAppDownloadRow-GetPartialView = 0
Park City, a city in the Summit County, is located in Utah, United States. The city, considered as part of the Salt Lake City and the Wasatch Back, is one of Utah’s major resort areas. The city has a total population of around 7,800 inhabitants.
The city has a seasonal climate, characterised by mild, warm summers and cold winters. Snowfall is common during the winter months.
A former mining town, the city was densely populated during the eighteenth century. As skiing gained popularity, the city became one of the most popular resort towns in the United States.
The city gains a major portion of its income from the tourism industry, mainly from its ski business. The retail and hospitality industries also account for a large proportion of the income.

Overall Guide : Park City is a city in the summit county. It’s one of the prettiest towns in the United States of America; it is ranked among the 20th prettiest town in U.S.A. The town is awarded with Golden level ride center... more from the International Cycling Destination for the beautiful mountain bike trails, and it is considered to be the top Skiing and Cycling and adventure destination in the world. The City has a beautiful downtown full of life, Restaurants, gorgeous streets, shopping centers. There are number of events held here which attract loads and load of visitors Park City Kimbal Arts Festival, Summit County Fair, Tour of Utah are some of the famous events held here. The City is full of activities and recreation parks. Deer Valley resort is a great place for the Skiing and Snowboarding, if you love skiing then you should not miss the place. Park city museum is also a great place for the visitors; it’s a mystical museum about the American History.
Not to be missed Tour of Utah , Park City Museum , Deer Valley

Overall Guide : The city, which serves as an ideal winter destination, is a haven for its visitors as it provides its tourists a number of winter sports opportunities like skiing, sleigh riding, snowshoeing and snowmobiling. It also houses a number of beautiful... more state parks, renowned for their scenic beauty, and is ideal for picnics, swimming, sailing and other outdoor activities. Some of the popular state parks are the Echo Reservoir, Jordanelle State Park, Rockport State Park and Deer Creek State Park. The city also serves as an ideal winter destination with its historic tours, golf courses, hot air balloons, fishing and hunting areas. With its unique culture and location, Park City hosts a number of events of cultural and historic significance. Some of the widely celebrated events include the Winterfest, Park City Farmers Market and Big Stars, Bright Nights.
IntroReviewListContainer-GetPartialView = 0