City Guide about Philadelphia with tips and reviews by travelers. 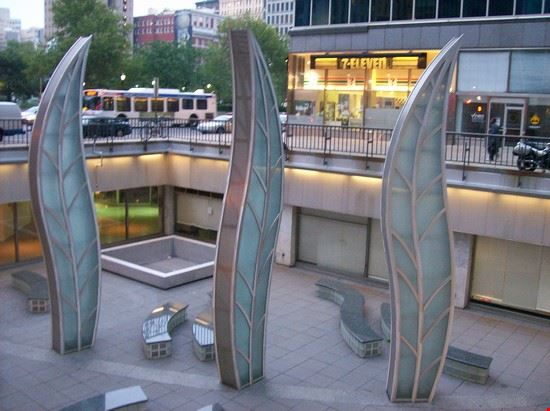 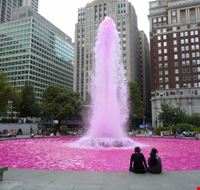 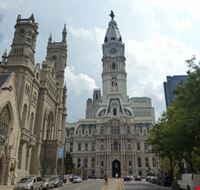 GuidePdfAppDownloadRow-GetPartialView = 0
Philadelphia is the largest city in Pennsylvania in United States. It is often referred to as ‘Philly’ or ‘City of Brotherly Love’. It has a population of over 1,463,000 and is the fifth most populous city in the United States. Philadelphia has long been known as a major commercial, economic and cultural centre.
Philadelphia has a humid subtropical climate; summers are typically very hot while winters are freezing cold. However, the summers are tempered by a cool breeze. Spring and autumn are the best times to visit. Rainfall is distributed evenly throughout the year.
Philadelphia has preserved its architectural heritage and also has new constructions in the form of museums, restaurants and clubs. Its economy is based on manufacturing, refining and finance.

Overall Guide : I was born here. I lived until the age of 5 near Cobbs Creek but at 101 North Millick Street. I returned to West Oak Lane in 1969 to live with my Grandmother and aunt at 1960 Renovo Street until... more I left Penn State University first Chester, then Delaware County Campus for the U.S. Air Force in 1971. I now live in England, but visit on and off over the years on active duty and now retired. I worked at the Bulletin, KYW Newsradio, the Associated Press and experienced WCAU's Traffic Alert aircraft for two weeks and wire photo operations at the AP which was based in the Bulletin Newspaper building. I eventually became a broadcaster and journalist while in the air force as well as a policeman and travelled the world. My British wife loves visiting our relatives and sightseeing various places the public take for granted. It is a unique city that I have pride in saying I am a Philadelphian - it stays in your heart forever no matter where you end up in life. I grew up in New Jersey but when I come back to visit, I remained based in a hotel in center city. I don't need a car to get around. Great transport, good people and plenty to do and see. It gradually changes in politics and landscape, but you can't take the city out of Philly.
Not to be missed Philadelphia Masonic Temple , Kimmel Center for the Performing Arts , Civil War Library and Museum

Overall Guide : Philadelphia possesses some stellar hotels, magnificent museums and some great architecture for the visitors to savour. It also offers many activities like mountain biking, sailing, canoeing and lots more. The Independence Seaport Museum traces the city’s role as a migration centre... more with a shipyard and submarine. The Philadelphia Museum of Art is one of the nation’s largest and most significant museums with an extensive collection of art masterpieces by renowned artists like Picasso, Matisse and so on. The Italian Market is the country’s largest outdoor market which offers many items like homemade pastas, fish, fresh cheese and so on.

Overall Guide : I loved it there!!!! It was fun interesing and very instructive. I got my first parking ticket. I went on the duck ride which u will find downtown. It will take you on a tour both around Philedelphia and into... more the water. You can also go on the horse one if you want.. i didn't get to but it looked fun! And also try the cheesesteak!!! And water ice.. some things phily is jux known for
Not to be missed Get on the duck ride , Go to the Beach , Visit Macys at springfield Mall!!! Pricey but worth it!

Overall Guide : Lovely historic city that is quite enjoyable. Lots of excellent restaurants and activities throughout the 4 seasons. Not too expensive ad the public transportation is excellent. Jobs are abundant and life is not too expensive; people are very friendly. I... more am looking forward to move to it!
Not to be missed Independence Hall , Philadelphia National Historical Park , Universities

Overall Guide : Lived in Philadelphia 32 years. Philly took some getting used to. The summers can be torturous and the winters can be treacherous. One also has to know which sections of town to avoid but overall I really grew to love... more the beautiful architecture,the many excellent restaurants, the incredible variety of local fast food and the straightforward ,direct, people.
Not to be missed Independence Hall , Phila Museum of Art , Pennsylvania Academy of Art

Overall Guide : Nice place to visit
Not to be missed One Liberty Place , Mantua

Overall Guide : Great place to be.

Overall Guide : Sight seeing experiences is wonderful. Foodstuff are cheap and affordable.
Not to be missed The National Liberty Museum , Keswick Theatre

Overall Guide : Its just a place to be, its name is after fame behind LA, NYC....etc. i am in Ghana, but i wish i was in Philly, i love the place
IntroReviewListContainer-GetPartialView = 0,0156263