City Guide about Redondo Beach with tips and reviews by travelers. 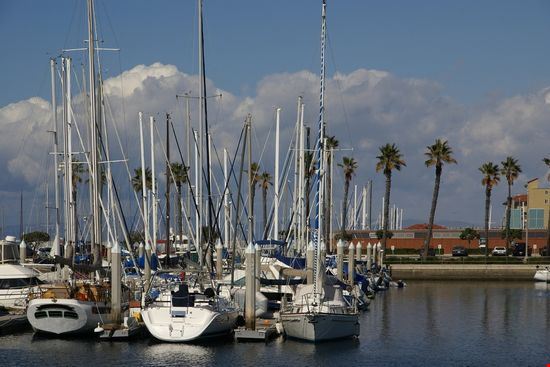 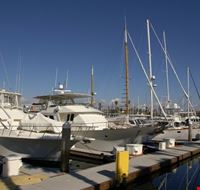 GuidePdfAppDownloadRow-GetPartialView = 0
Redondo Beach can be mentioned as one amongst the 3 ‘Beach Cities’ in Los Angeles County, California, US’. This city is situated in ‘South Bay’ locale of ‘greater Los Angeles area’.

Redondo Beach had originally been a portion of 1784 ‘Rancho San Pedro Spanish’ land grant which went on to become South Redondo area later. The territory of this city has a bizarre shape inclusive of a region along South Redondo Beach and the other strip which is inland with respect to Hermosa Beach and Manhattan Beach.

People are drawn to this place particularly due to cleanliness on its part. The other reason for Redondo Beach to be in focus is scenic beauty.

Redondo Beach is considered to be a sister city of La Paz (Mexico).

Winter season would be the best suited to visit Redondo Beach.

Overall Guide : Municipal Pier The ‘Redondo Beach Pier’ stretches out on to Pacific Ocean. ‘Pier’ has been reconstructed as well as altered by redevelopments and storms. ‘Municipal Pier’ is its official name. The other name is ‘Endless Pier’. Previous versions were... more known as ‘Horseshoe Pier’ and ‘Pleasure Pier’. Plans for opening up a novel boutique hotel are in the pipeline. Repeated attempts of resuscitating the popularity of the area are being challenged by requirement of complying with regulations of California Coastal Conservancy. Hopkins Wilderness Park Hopkins Wilderness Park had been developed in the year 1977 as the center for nature study, camping, and conservation. It’s a shady, huge wilderness park having 2 huge ponds (with ducks). There’re self-guide nature walks as well. The other features are inclusive of streams, an amphitheater, cooking areas, overnight camping, picnic tables, and a visitors’ center. It remains open from 10:00 to 16:30 (Closed on Wednesdays).

Overall Guide : When I lived in Lomita,ca. I visit Redondo beach everyday, and it was relaxing and peaceful and now I live in Dalton,ga and I really miss that beach, the beaches in Florida don't have anything on Californias Redondo. Thanks Rod... more S.