City Guide about Savannah with tips and reviews by travelers. 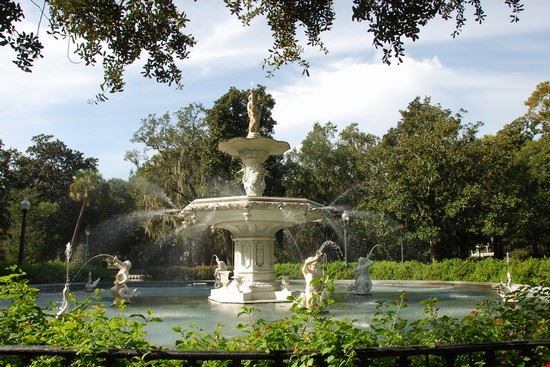 GuidePdfAppDownloadRow-GetPartialView = 0
The city of Savannah is located in the state of Georgia, United States. It is the county seat of Chatham County and has a population of approximately 130,000 residents. It is situated along the US Intracoastal Waterway and is a major port on the Savannah River.
Savannah was founded in 1733 and was completely ravaged in the Revolutionary War, War of 1812 and Civil War. The city has, however, now evolved into a major metropolis and is internationally renowned for its historical heritage, charm and hospitality. It also exhibits the nation’s most valuable and rare eighteenth and nineteenth century architecture.
The city is characterised by a mild subtropical climate, with hot, humid summers and cool winters. Rainfall is evenly distributed throughout the year and there is not much variation between day and night temperatures.

Overall Guide : The historic sights in the city include Fort Jackson and Fort Pulaski National Monument, both of which were crucial in the American Civil War. Vietnam Memorial is shaped and designed in the shape of Vietnam and has the names of... more the martyrs from Greater Savannah engraved in marble. Fort Stewart Museum houses a huge collection of captured Iraqi weapons and war equipment. Civil Rights Museum, Hamilton Turner Museum and Telfair Mansion and Museum are the other museums in the city. The famous gardens in the city are the Bamboo Farm and Coastal Gardens, Cottage Garden and Xeriscape Garden. Assorted riverboats such as Georgia Queen and River Queen offer daily trips on the Savannah River; various landmarks and intriguing points lie en route. Riverfront Plaza is a restored historic waterfront, ideal for strolls, picnics and shopping of antiques and souvenirs.

Overall Guide : It was very nice and it was nice so its a little bit expensive, i find tranportation is good, entertainment nice it is functional most of the time and is safe.
Not to be missed hike , animals , trees

1
Cathedral of St. John the Bapist

9
Savannah College of Art and Design