City Guide about Kitzbühel with tips and reviews by travelers. 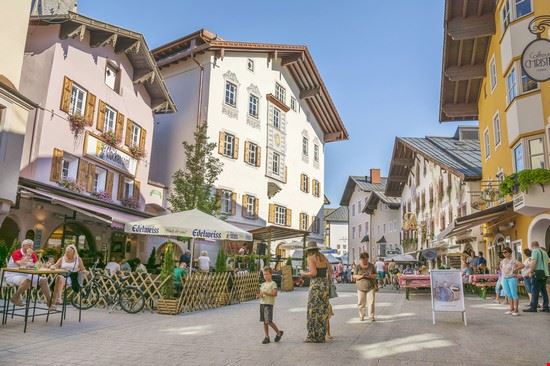 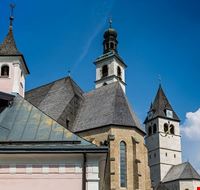 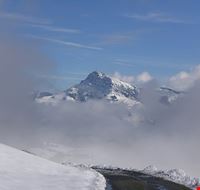 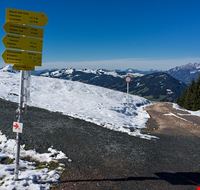 GuidePdfAppDownloadRow-GetPartialView = 0
Situated along the river Kitzbuhler Ache, Kitzbuehel is a medieval city in Tyrol, Austria.
It is located at an altitude of 762 metres above the sea level and is inhabited by approximately 10,000 people.
Typically, Kitzbühel has a mild climate, due to its high elevation. Although the summers are never hot, it is sunny all round the year. Winters are cold and temperatures fall once the sun goes down.
Kitzbuehel is an ancient city with its first recorded settlement being by the Illyrians between 1100B.C. and 800B.C. In around 15B.C. the city was captured by the Roman Emperor Augustus. The province was gradually developed in terms of infrastructure and civilization by its various successive rulers.

Overall Guide : Kitzbuehel is an extremely popular winter sports resort of Austria. The city hosts the annual Hahnenkamm ski tournament, consisting of races which are famous for being the most challenging on the world cup circuit and are attended with much enthusiasm... more and fanfare. The city also hosts an ATP Tennis Tournament on clay, the Generali Open during the summer season. The Kitzbuheler Alpenrallye is an annual festival of historic automobiles. Another attraction is the 35 Aerial Tramway, which has the highest span in the world. This medieval village is still accentuated by painted, old-fashioned houses and Gothic castles, which contribute to the rustic charm of the place. Nestled in the Alps, Kitzbuehel is ideal for climbing, skiing and snowboarding.
IntroReviewListContainer-GetPartialView = 0,0156258