City Guide about Aachen with tips and reviews by travelers. 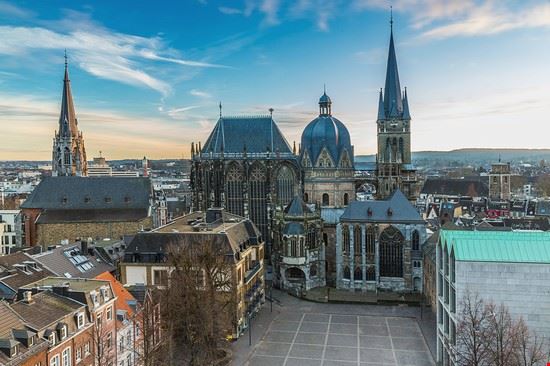 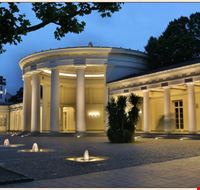 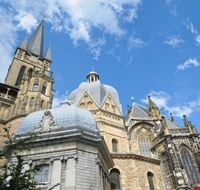 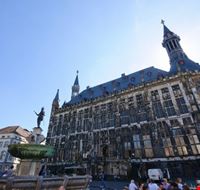 GuidePdfAppDownloadRow-GetPartialView = 0
Aachen can be referred to as one of the historic spa cities in ‘North Rhine-Westphalia, Germany’. It lies on the western corner of Germany, situated along the borders with Netherlands and Belgium, at a distance of 65 Km on the western side of Cologne. Aachen is amongst the major centers of ‘IT development’ in Germany.

Owing to less investment with regards to ‘cross-border railway projects’, this city has moved further with preservation of a slot in ‘Thalys high-speed train network’ that makes use of existing tracks to commute between Belgium and Cologne.

Airport which goes on to serve Aachen, i.e. Maastricht Aachen Airport is situated at a distance of 30 Km on ‘Dutch Territory’, nearer to a place called ‘Beek’.

Overall Guide : Couven Museum Couven Museum goes on to offer tourists an insight in to way of living relating to eighteenth and nineteenth century. An attractive variety of high-class furniture has been on display, along with ‘Italian stucco work’ and ‘fine... more chimney pieces’. Aachen-Liege baroque and Rococo go on to create a melodious ensemble. Couven Museum houses Adler-Apotheke wherein chocolate was produced for the very first time in the year 1857. Business gets transacted from Tuesdays to Sundays between 10:00 and 17:00. However, on 1st Sundays, business starts at 13:00. Mondays are observed as holidays. Last admission gets closed half-an-hour prior to time of closing. Ludwig Forum for International Art Contemporary art pieces across the globe have been displayed over here. It has been designed in Bauhaus style; so as to resemble a railway station. Business gets transacted from Tuesdays to Fridays between 12:00 and 18:00. However, on Saturdays and Sundays, business starts at 11:00 and closes at 18:00. Mondays are observed as holidays. Guided tours can be arranged for.
IntroReviewListContainer-GetPartialView = 0
AdvValica-GetPartialView = 0
AdvValica-GetPartialView = 0