City Guide about Maastricht with tips and reviews by travelers. 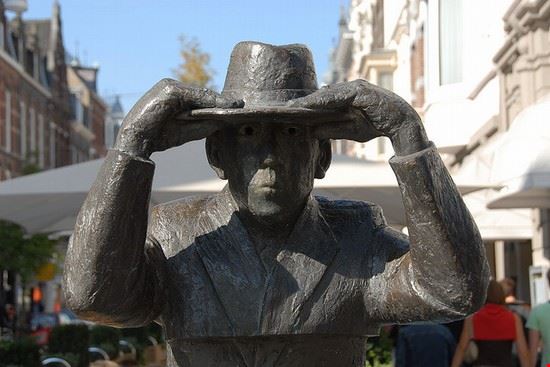 GuidePdfAppDownloadRow-GetPartialView = 0,0156249
Maastricht, capital of the province of Limburg, is situated on the Meuse River south of the Netherlands, between Belgium and Germany, and takes its name from a Roman Bridge built to cross the river. There were settlements in the area long before Roman times, however, as evidenced by stone age remains found to the west of the city and dated at between 80,000 and 250,000 years old. There is also evidence of a nearby Celtic settlement.
Until the 8th century the city was an important Christian bishopric, when nearby Liège took over that role. In the middle ages, the Prince-Bishopric of Liège and the Duchy of Brabant held joint sovereignty over the city, and in 1204, it was granted city rights. The city was taken from the Spanish in 1632 by Frederik Hendrik, and continued as a city of dual authority, with the Dutch States General taking over the role of the Dukes until the French annexed the city in 1794.
Maastricht became part of the United Kingdom of the Netherlands in 1815, remaining loyal to the Dutch king even when other southern provinces sought independence. Maastricht was the first Dutch city to be liberated by allied troops in World War II. The city has been an important meeting point for European nations ever since, and in 1992, was host to the signing of the Maastricht treaty, which led to the creation of the European Union.

Overall Guide : This beautiful city on the river Maas is located in the sunny southern province of Limburg, surrounded by the gorgeous scenery of rolling hills covered with wineries, oak woods, local beer breweries and regional restaurants with asparagus ... more and mushroom dishes as their speciality. Sections of old Roman walls and squares can still be seen in the centre of the city, including ruins from the 2nd, 3rd and 4th centuries, found under the site of the Derlon Hotel. Parts of the city walls built on authorisation by Henry I, duke of Brabant, in the early 13th century are also still in existence, most notably the Helpoort, the only city gate still standing. Other artefacts and remains from the Stone Age, the Roman period and the early middle Ages are on display in the permanent collection of the Bonnefantenmuseum. The core of the Basilica of Saint Servatius dates from 1000 BCE, while the crypts from the 11th and 12th centuries include the tomb of Saint Servatius, Holland’s first bishop. Nearby, the church of Saint Jan is a beautiful example of Gothic architecture, and contains a Binvignat organ dating from 1780. Government buildings are also important historical monuments in this culturally rich city, including the majestic Maastricht Town Hall constructed in 1659-1664, whose tower, dating from 1684, contains a carillon fitted with 49 bells. In the surrounding areas, there are also a number of places worth visiting, including the St Pietersberg caves, which contain wall paintings from both miners and hideaways. The Aachen Cathedral, where over 30 German emperors were crowned, also includes the tomb and marble throne of Charlemagne. A number of castles are perched atop the surrounding hills, such as the Lichtenburg Ruin on the east side of St Pietersburg Mount, which, with foundations dating back to the 10th century, is the oldest castle ruin in the Netherlands.