City Guide about Larissa with tips and reviews by travelers. 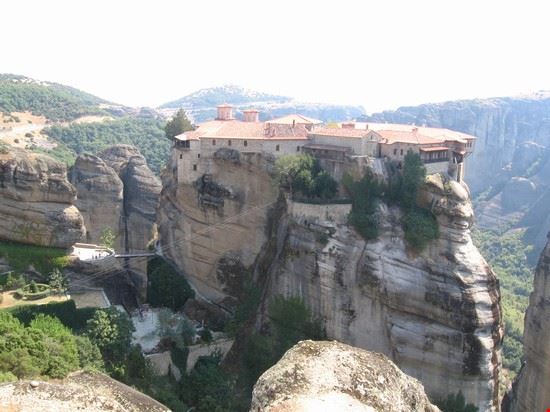 GuidePdfAppDownloadRow-GetPartialView = 0
Larissa is a prefecture in the Thessaly region of Greece. Its capital is the city of Larissa. It is the largest prefecture of Thessaly. The tallest mountain of Greece, Mount Olympus, with an elevation of 2,917 m, is also in this region.
The climate in this region is more continental than in any other part of Greece. This region experiences Mediterranean climate with dry, hot summers and mild to cool winters, except the mountainous parts which have cold winters and warm summers. Larissa is often the warmest and the coldest area in Greece.
The prefecture has an approximate population of 271,000, while the city has a population of 120,000. Agriculture is dominant throughout the region. It is also a national transportation hub with the railways connecting it to the port of Volos and also with cities like Thessaloniki and Athens.

Overall Guide : A gorgeous city for having fun... a lots of coffee-bars, clubs, etc. thousands of people outside in the streets... One of the biggest net of pedestrian zones in European cities... really nice time there.. Not to miss the ancient theater... more inside the town.
Not to be missed ancient theatre , Frourio Hill with coffee-bars, pubs , Various Center Squares