City Guide about Eilat with tips and reviews by travelers. 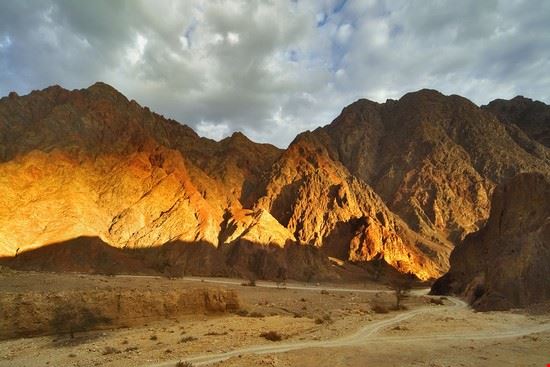 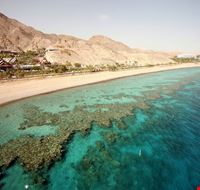 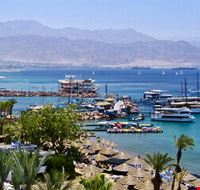 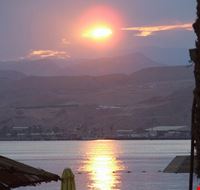 GuidePdfAppDownloadRow-GetPartialView = 0
Eilat is a resort town situated in the Southern District of Israel. Named after the Biblical Elath, Eilat is an active port which has an interesting mix of sea and desert. With a population of over 25,000 inhabitants, it is one of Israel’s most popular places owing to its marine species and beautiful landscape.
The climate in Eilat is dry and hot in nature owing to its proximity to the Arabian and Sahara deserts. The region receives scanty rainfall which is irregular. Summers, as is evident, are scorching hot while winters are pleasant with the temperatures dropping.
The history of Eilat is believed to date back to 10,000 years ago. Eilat’s economy got a boost with the introduction of a free trade zone in the eighties. The economy of the city is mainly based on tourism, oil, metal, sugar and automobiles.

Overall Guide : Eilat is a place to enjoy the beaches, water sports, coral reefs, desert treks and dolphin sighting. The most prominent attraction of Eilat is the activity of diving in the Red Sea, where some of the most spectacular underwater species... more can be viewed. The Dolphin Reef is a beautiful beach which consists of small pools. It is an exotic place where visitors can book their early morning swims and enjoy the marine life. The Hai Bar Wildlife Reserve is a large sanctuary which houses several exotic species of animals. It is a haven for the wildlife enthusiasts, who will find cheetahs, hyenas, gazelles and ostriches among other species at the reserve. The Timna Valley National Park is a recreational area popular for hiking, tours, camel rides and more. A remarkable site is the ‘Mushroom’ which is a natural sandstone formation in the shape of a mushroom. Timna, an artificial lake, and Solomon’s Pillars are other sites of interest.