City Guide about Giardini Naxos with tips and reviews by travelers. 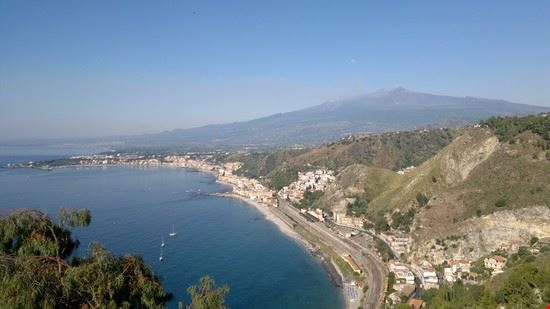 GuidePdfAppDownloadRow-GetPartialView = 0
Giardini Naxos, a commune in the province of Messina, is located on the island of Sicily, Italy. Situated to the south of Taornima, Giardini Naxos is a popular seaside resort attracting tourists from all over the globe. The city has a population of around 9,700.
The city experiences a mild temperate climate, characterised by hot, dry summers and cold, foggy winters. The best time to visit the city is during the spring and autumn months.
Founded by Thucles in 734 BC, the city was an important religious site due to its temple of Apollo Archegetes. The economic development of the city began in 1870 when the railway, Messina-Catania, was introduced.
Tourism, craft and fishing industries are the major sources of economy. The Sicilian Cart is symbolic of the town; the two popular local customs are fishing and grape pressing.