City Guide about Monopoli with tips and reviews by travelers. 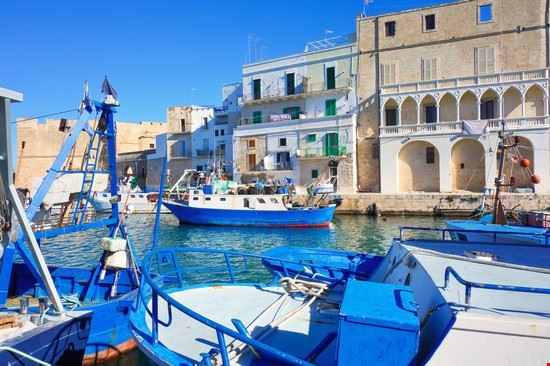 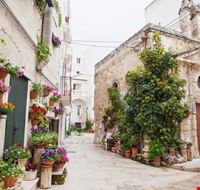 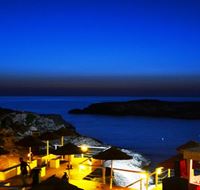 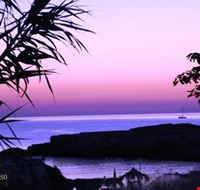 GuidePdfAppDownloadRow-GetPartialView = 0
Monopoli is one of the most pleasant towns which are basically famous for baroque churches apart from the beaches and clean waters. One can find Monopoli, which is also known as City of One Hundred Districts on a coastal Adriatic Route with marvelous coves and beaches located a few kilometers from Polignano Al Mare. Little Hamlets which are surrounded by the almond and olive groves have made Monopoli flourishing throughout the history. It has also extended itself far into the countryside. The color of the soil is deep orange which blends and contrasts wonderfully with the grey silver and green olive foliage as well as the dry stone walls which also mark property boundaries. The ground beneath these trees is carpeted with other wild flowers and poppies during spring season. One can extract exceptional olive oil in this area and if visited in the month of November during harvest, you can also visit frantoio or the oil press to view the process and purchase some olive oil from there. One can get lost during driving as it has old quarter, narrow cobblestoned streets and whitewashed houses, narrow roads and alleys, the myriad passageways. There are many bars and restaurants where in visitors can sit in the pavement and have a meal, drink or snack which is very delicious. In the complete Apulian Region, Baroque Cathedral is one of the most attractive places in Baroque. The Baroque Cathedral is flanked by a stylish bell tower on the left which projects the cornices thus separating its floors. The Byzantine Icon which portrays Madonna Della Madia, a legend which tells that the sacred image was ruined from the sea on a stack of trunks. These trunks were used for the building of the trussed roof which was very well preserved. It dates from 1280. One can find a Venetian style palazzo looking at a castle and the remains of the 16th century town walls completed with cannons. There are variety of restaurants and churches to discover. An art historian would be delighted if he visits this place. Monopoli is an ideal holiday destination as it also contains numerous beaches from long stretches of golden sand with crystalline water to rocky coves and recently was also awarded as “Blue Flag.” Away from the main town is the Capitolo Area where in you can find night clubs and beach bars. The castle which is around 500 years old is guarding the entrance to the port which is also in a good condition has been used over the years from a private home to a local prison. One can also visit the Grotte Di Castellana which is about 11 miles and less than 30 minute’s drive through the Sp237. Sp237 is a colossal cave which is extended over a mile below the limestone merge plateau. The duration of the tour is usually 1 or 2 hours priced between 8 & 15 Euros which is open throughout the year.