City Guide about Piacenza with tips and reviews by travelers. 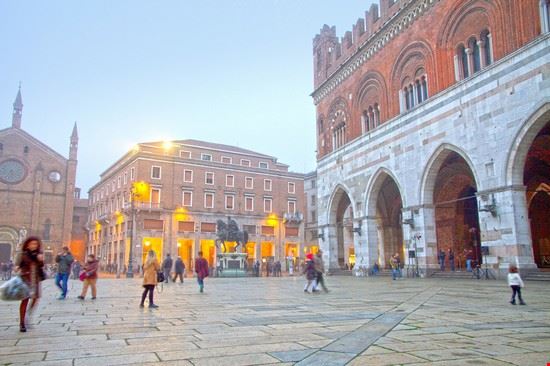 GuidePdfAppDownloadRow-GetPartialView = 0
The Celtic and the Ligurian ruled this city before the arrival of the Romans. The city of Piacenza stretches over an area of 118.46 square km. There had been many battles fought on the Piacenzian soil for the control of this city. But the history of the city tells us that the ancient soldiers were successful in holding their position and did not give up their land to the outsiders.
Only the Romans succeeded in establishing control over the city. Earlier the control of the city was in hands of the feudal lords. But with time this concept was changed to a proper governing body and is continued till date. After the Romans the French took over the city along with the neighboring ones.
A large part of the city was destroyed by during the course of the 2nd world war. The city been slight close to the costal area experiences a kind of humid climate. But for major duration of the year the climate is quiet comfortable and is not very hot. The winters are very cold.