City Guide about Sirmione with tips and reviews by travelers. 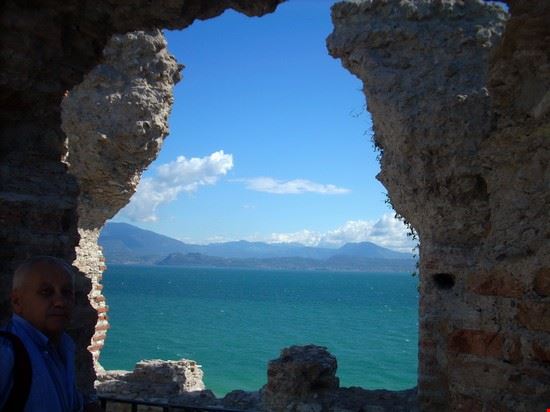 GuidePdfAppDownloadRow-GetPartialView = 0
Sirmione can be described as a commune located in ‘province of Brescia’, in Italy’s northern part, i.e. Lombardy.
Sirmione has been bounded by the other communes such as Peschiera del Garda and Desenzano del Garda which lie in provinces of Veneto and Verona respectively. This place houses a ‘historic center’ located on petite peninsula which goes on to separate Lake Garda’s lower part.
The very-first traces with regards to presence of humans in region of Sirmione can be dated back to sixth-fifth millennia BC. Settlements on ‘palafitte’ existed in third and second millennia BC.
Beginning from the first century BC, this region of Garda, inclusive of what’s now Sirmione; went on to become the most sought-after resort with respect to rich families who used to come from Verona. Later on, it became major Roman city within Italy’s north-eastern part.
In the year 1860, Sirmione became portion of ‘Kingdom of Italy’.

Overall Guide : It's a quiet and friendly town with a magnificent lake and the food is delicious. People are very friendly and polite. There are beautiful places to see and you can go on boat trips on Lake Garda. It's very safe... more and clean. The hotels aren't all wonderful but there are a few above the norm. Hotel Olivi is superb.

Overall Guide : The town is romantic and rich with natural beauty. You should definitely go! It's hard to park and most car parks charge quite a lot... if it's a beautiful sunny day, my advice is to park far away from the... more centre (for free), then walk towards the heart of the town.

Overall Guide : It's a very small city, you can have a complete tour around the city in no more than 1 hour .. nice antiques are sold in Sirmione shops .. not a very nice place!