City Guide about Tokyo with tips and reviews by travelers. 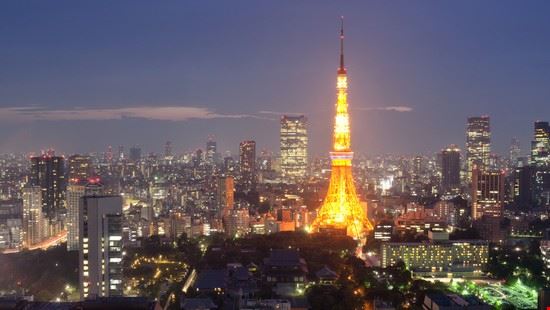 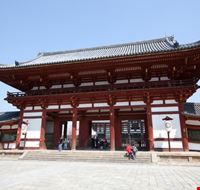 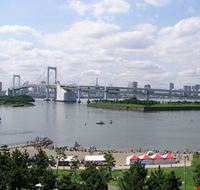 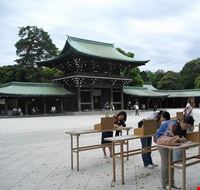 GuidePdfAppDownloadRow-GetPartialView = 0
Tokyo, Japan's capital and the country's largest city, is one of 47 prefectures, with 23 city wards, Tokyo’s centre where live nearly 12 million people, 26 cities, 5 towns and 8 villages.
Before 1868, Tokyo was known as Edo owing its name to a small castle town in the 16th century, that became Japan's political centre. Little by little, Edo changed into one of the world's most populous cities. In 1868, the emperor and the capital were moved from Kyoto to Edo, later called Tokyo or eastern capital. Tokyo was partly destroyed by the Great Kanto Earthquake in 1923 and the air raids of 1945.

Overall Guide : Among the manies, the following are some of the attractions not to be missed: the business district of Shinjuku a notorious shopping, business, entertainment district Shibuya for younger generations Harajuku, definitely Japan’s teenagers capital Tokyo Dome City, a leisure... more complex, not far away from The Dome Stadium, Ameyoko an incredibily busy market street Among the attractions not to be missed are some temples and shrines listed here below: Yasukuni Shrine, dedicated to Japan's war deities . Meiji Shrine, dedicated to the deity of Emperor Meiji Sensoji Temple, in the Asakusa area Other places offer tourists beautiful japanesecen style landscape gardens like Hama Rikyu, alongside Tokyo Bay or Mount Takao, a mountain near Tokyo downtown. The Imperial Palace, in Tokyo down-town, Tokyo Tower, a steel tower, 333 mt. high, are to be seen, too! Tourists, on such an occasion, don’t fail a visit to Tsukiji Fish Market, one of the world’s greatest fish markets, something unforgettable and curious to keep in touch with the oriental fascinating world! For true lovers of both history and architecture all around Tokyo are temples and historical treasures as in Kamakura, Yokohama, Japan’s second largest city, only half an hour away, Hakone a National Park with hot springs and views of Mt. Fuji, Fuji Five Lakes, a resort at the foot of Mt. Fuji. Tokyo Dome City is a leisure complex in central Tokyo consisting of the Tokyo Dome baseball stadium, an amusement park, the La Qua spa, a variety of shops and restaurants and Tokyo Dome Hotel. Tokyo Dome City experienced got to fame when LaQua, an indoor complex with real hot spring water, was opened in 2003.

Overall Guide : Awesome place to visit, nice citizens. Many places to go, there is a lot of great gardens to visit, along with some historical buildings/temples. I really liked Disney Resort though, I was extremely happy with the amount of cosplay-ers there,... more but VERY disappointed as Sora from Kingdom Hearts was not wandering around with Donald and Goofy. Overall; Tokyo is a great place to visit, it's fun, but a little overpriced.
Not to be missed Temples , Gardens , Disney Resort

Overall Guide : Japan is the most beautiful country. Even though i'm a Filipino i want to be Japanese, because the Japanese people are helpful, diligent, intelligent, artistic etc. For me the most peaceful country is Japan and the most wealthy country too!... more I'm really a big fan of Japan, but of course I like Japan too because of Anime too because i want to draw Anime and I'm a certified Otaku.

Overall Guide : Tokyo City is situated on the fertile eastern coastal strip of Japan's central island, Honshu. It has much historical importance and an exceptionally rich culture. As I am a history and culture freak myself, I would recommend whole heartedly a... more thorough survey of Tokyo City to the people who hunger for richness of culture and variety.

Overall Guide : Tokyo is one of the most beautiful cities in the world. I've been lucky enough to live there for almost a year, and now I can't live anywhere else. The city is functional in every way, transport is efficient, the... more streets are clean, you are guaranteed 100% safety. Unfortunately it's very expensive, but believe me, it's worth it. It's a place to see and in which you can live.

Overall Guide : There is a proverb that the Tokyo City in Japan is a joyful city of children. Every man should travel in Tokyo with their children once in every year. It is very useful their mental satisfaction.
Not to be missed Sun Shine , Toy Market

Overall Guide : i still searching for what i need... but still hoping this is what i want for travelling to japan...
Not to be missed Disney Resort , sakura , Tokyo National Museum

Overall Guide : The brand new Tokyo Sky Tree, a communications tower about 650 metres high. The wonderful parks, especially the Yoyogi on Sundays, it's full of life and eccentrics, then you can have lunch at Sushi Zanmai in Tsukiji. The wonderful autumn... more colours in the city.