City Guide about Beirut with tips and reviews by travelers. 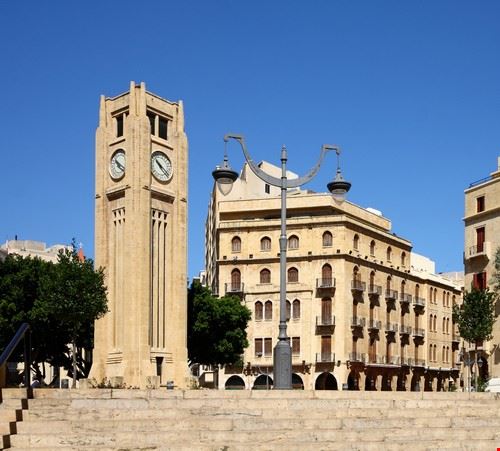 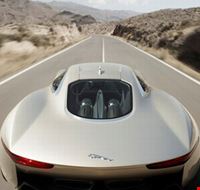 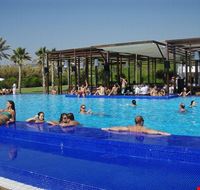 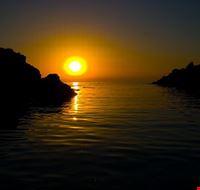 GuidePdfAppDownloadRow-GetPartialView = 0,0156271
Beirut is the capital of Lebanon and has a estimated population of about 1.800.000 inhabitants.
The city lies on the coast of the Mediterranean Sea and at the bottom of the Lebanon Mountains.
The most popular religions in Beirut are Christians and Muslims and there is also a minority of Druze.
Beirut was one of the most exciting and flourishing cities in the region regarding trade and banking as well as a prosperous tourist centre until the outbreak of the civil war in 1975.
Unfortunately this period of fighting and devastation left the city in ruins. But by the end of the civil war in 1990 the situation established and they begun with the rebuilding of the city hoping to get back the title of the “Paris of the Middle East” once.

Overall Guide : Beside being the capital of Lebanon, Beirut is also the largest city and has an important harbor for trading. Meanwhile it turned to be an economic center with its food processing industries and other kinds of commercial business. A... more great importance is also given to the higher education, Beirut has twenty-one Universities. For future development of the city Beirut aims to host the Winter Asian Games in 2011 and the Francophonie Games in 2009. In Beirut there is a typical Mediterranean climate with wet, mild and short winters and hot, dry (more humid on the coast) and long summers. The annual rainfall average is about 700 to 1200mm.

Overall Guide : In general, Beirut is beautiful. Of course every city has its ups and downs and Beirut is one of them. you could categorize Beirut into a still "developing" city but there are endless fun things to do. The nightlife in... more my opinion is the best, comparing to any other city in the middle east. The names of night clubs never seem to end, during the day you have your beach parties which are must while staying in Beirut and you could enjoy your night by having a nice calm dinner or meeting up with some friends for a drink at the bar or even go to a nightclub. Either way Beirut is just amazing.

Overall Guide : Beirut nightlife!! Especially during summer season when it's booming .. You wouldn't want to miss it for the world!!!! Although the region is in constant turmoil, Beirut is still a safe place to be in and is by far the... more hottest destination in the Middle East. Its westernised lifestyle added to the oriental culture gives you the best of both worlds!
Not to be missed Best Beaches , Beirut National Museum , Bars

Overall Guide : It's an wonderful city. It's the city that never sleeps. You never feel bord here in Beirut, you can always have fun and enjoy your time. Seriously, it has attractions. And ohh, sitting beside its beach is something amazing, there... more you forget your problems and have moments of relax. I advise you visiting it, and beleive me you will love it.

Overall Guide : Beirut is a beautiful city, you can't imagine!!! Go i advise you, you can see this famous tree, that doesn't die, who has bee there for generations. and these big and weird rocks in the sea. when i saw them... more i really thought that naure could do wonders. and the traditional food is very healthy and delicious. i advise you to go i mean wow!
Not to be missed Beirut National Museum

Overall Guide : Be careful, they drive so fast so stupid Go to the hamra ... Good clothes good prices Hehehe ... Women sit near the driver but the men sit behind. Go to virgin mega store in down town: nicest book store ever.... more The Lebanese people are the nicest on the planet they help u without a price nor complain.
Not to be missed Mövenpick , Hamra Street , Down town

Overall Guide : If you visit and stay and live in Beirut for sometime or more its like you have been thousands of cities around the world in once.
Not to be missed mountains and nature , Cafes and restaurants , Life in general and generosity of the Lebanese people

Overall Guide : The best place to spend a vacation, you could spend your day sight seing in one of the amaizing ruins or nature reserves. And spend your evening in a cafe, and your night in one of the bars or beach... more parties

Overall Guide : Beirut is a very beautiful expensive modern city on the shores of the Mediteranean where the traditions of the east and the west are available. It is the capital of Lebanon where the sea meets the mountaines. And were the... more Alphabet was invented.
Not to be missed Clocktower - Downtown Beirut , Temple of Baalbeck , Beirut National Museum
houssam sayegh
Level 14     2 Trophy    Viaggia: Solo