City Guide about Rodrigues Island with tips and reviews by travelers. 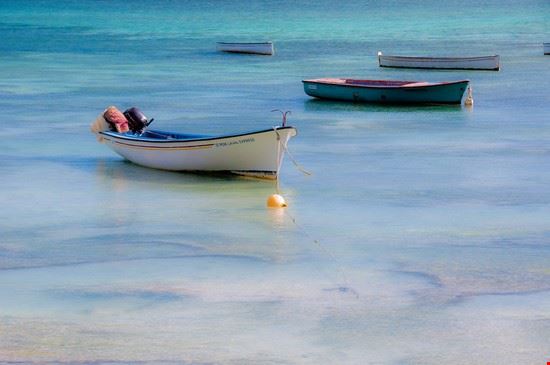 GuidePdfAppDownloadRow-GetPartialView = 0
Rodrigues Island is located to the north-east of Mauritius at distance of about 550 km in the Indian Ocean. The island has been named after Diego Rodrigues who was a famous Portuguese explorer. This island has a small population of 40,000 people, and it is spread over an area of 109 sq km.
Evidences show that the Arabs have been visiting the island since the tenth century with the Dutch coming in the seventeenth century. This beautiful island is the result of volcanic activities that took place some 4 million years ago. The landscape of the Rodrigues Island is dominated by beaches, coral reefs and hills.
The primary occupations of the people are fishing and animal rearing and agriculture plays a very insignificant role in the economy. This place enjoys a tropical climate.

Overall Guide : Some 560 kilometres north-east of Mauritius lies Rodrigues: the jewel in the crown of the Mascarene Islands – a 18 kilometre by 8 kilometre pearl surrounded by a crystalline blue lagoon twice its size. The secure waters of the lagoon and... more the trade winds that gently buffer the island provide many opportunities for the adventurous. Rodrigues is a wonderful playground for scuba divers who quickly fall in love with the diverse coral reef eco-system and its colourful assortment of sub-aquatic flora and fauna. Equally, the island appeals to those with a love of windsurfing, kite-surfing, sailing and fishing. Thanks to its outer reef edges sitting nearly ten kilometres away from the coastline, Rodriguan waters are rich in fish. In fact, no fewer than three world record catches have been hooked here since 2005. It isn’t only those who like the ocean that will be swayed by Rodrigues’ charms. Yellows, greens and blues: nature on Rodrigues throbs with a palette of colours. Rarely will visitors encounter such a variety of landscapes in such a small area. Not to Miss: Trou d'argent classsified in 2007 as the 3rd world undiscovered shores.
Not to be missed Francois Legat Park Tortue , TROU D'ARGENT AND THE EAST COAST

Overall Guide : If i compare this island to the other,for me it's my favorite one not because i grow up their just because i travel a lot and seriously i love this island ,people are nice they leave peacefully... and u can... more see that they toke care of the island if u like diving or fishing good place to be. Eat well, not so many trafic, people there don't care about the modern thing there they just care about the beauty of the island. Rodrigues island, paradise island.
Not to be missed local market visits , caves atraction + adventure

Overall Guide : Keep on protecting your environment. Be very careful about land distribution. Protect your identity and culture. Reduce the gap between the poor and the rich. Education is the only joker in your hand. Stand as one. Dont copy, be creative.... more Tourism and fishing developments requires more attention, efforts and public support.

Overall Guide : When I am in Rodrigues I feel Relax and no more stress no more running at all time and the people is very friendly, the natural views are very interesting, cavern patate, les grotes de trou d'argent et plein d'autre... more site super interesting wait to see again for MJ
Not to be missed Cavern Patate , TROU D'ARGENT AND THE EAST COAST

Overall Guide : i hve been to rodrigues twice its a very beautiful island... the mountains, the people are kind hearted, saturday night ife at safari bar..., caverne patate and the market at port mathurin.. without forgetting the special plate "curry ourite". I... more miss Rodrigues

Overall Guide : I have stayed in Rodrigues for one year.. I must say that that island is superb. Tranquiility, best. Peoples, very honest. A very Beautiful island. Now i'm back in the Seychelles, there's not a hour that I don't think of... more that island.I missed it dadly. It's truelly "a coup de coeur" Island of anti-stress.
Not to be missed Ile aux Cocos , Grand Cavern , Francois Legat Park Tortue

Overall Guide : It's a must for Rodrigues to be independant. Rodrigues is a paradise, so let it remain so. I take example on Seychelles of France Albert Rene. Today the rupee of Seychelles is worth 4 times the mauritian rupee.
Not to be missed Francois Legat Park Tortue , Anse Philibert beach , Ile aux Cocos

Overall Guide : Rodrigues is an island of liberty and no stress where time is stop, every people here take time and live free with a big smile on their face and always has a word for stranger coming to a visit, people... more here are very friendly and gentle.
Not to be missed Francois Legat Park Tortue , Main point view Mont Limon , Grand Cavern