City Guide about Kraków with tips and reviews by travelers. 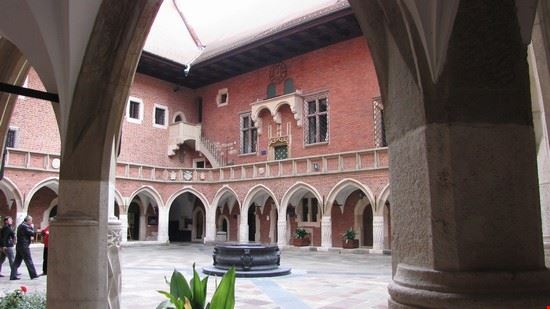 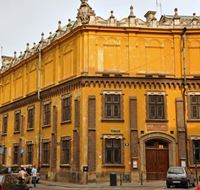 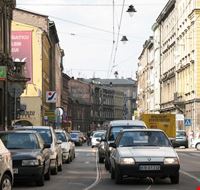 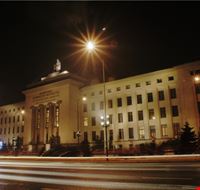 GuidePdfAppDownloadRow-GetPartialView = 0
Krakow, on the banks of the Vistula River in the southern region of Malopolska, is one of Poland’s oldest and largest cities. The average yearly temperature in this region is a chilly 8 degrees celcius, although winter months see temperatures drop dramatically, especially in the nearby mountains.
The earliest settlement, on Wawel hill, dates from the 4th century. By the end of the 10th century, Krakow had become a major regional trade centre, and, under the control of the Polish Piast dynasty, became the seat of the Polish government in 1038.
After its destruction during the Tartar invasions in the early 13th century, the city was rebuilt in the form we know today. Central Europe’s second university was established here in 1364. The city’s cultural importance is also confirmed by early achievements such as the establishment of a printing press in 1500 and the construction of the largest churchbell in Poland in 1520. Shortly afterwards, however, the city went into decline and the nation’s capital was moved to Warsaw in 1596.
In the late 18th century, with the division of Poland, Krakow became part of the Austrian province of Galicia. The 1815 Congress of Vienna established Krakow as a free city, until an unsuccessful uprising in 1846 again led to the city’s annexation by Austria. During World War I the Polish people again fought for liberation, and the Treaty of Versailles in 1919 reestablished a sovereign Polish state. World War II saw further upheavals, and Krakow was occupied by German forces in 1939, leading to heavy destruction of the city’s cultural heritage. Since the end of WWII, Krakow’s population has quadrupled, and its cultural importance confirmed, with the city named a UNESCO World Heritage Site in 1978 and a European City of Culture in 2000.

Overall Guide : There are numerous museums in Krakow, which make this city particularly rich in cultural heritage. Many of these museums, such as the National Museum, the Historical Museum of the City of Krakow, and the Centre for Jewish Culture... more house permanent exhibitions describing the city’s turbulent history, while a plethora of smaller galleries display local and international art. Numerous artistic displays are also organised in various clubs, pubs and cultural centres throughout the city. Along with performances in some of the country’s best theatres, Krakow is home to an exciting and varied nightlife. Visitors can join in the locals at the many clubs in the old centre, most found especially around Grand Square, where local and international deejays entertain the crowds. Live music is played in many venues as well, with jazz and rock both being very popular. Nearby, the most important historical sites are undoubtedly the sites of the WWII concentration camps of Plaszow and Auschwitz, a constant reminder of Poland’s grim, war-torn past.

Overall Guide : KRAKOW - Picturesquely set overlooking the Vistula River, Krakow has a history going back over a thousand years, a host of monuments of Mediaeval, Renaissance, and Baroque architecture, and an old University (founded l364). A looking glass for Polish and... more European tradition, Krakow was entered in 1978 on the UNESCO World Cultural Heritage List. Krakow - magical city is offering lots of entertainment and attractions for tourists.
Not to be missed Old Krakow , The Wieliczka Salt Mine , Royal Castle

Overall Guide : Krakow is great!!! the historical landmarks are great and the people are very nice and hospitable. there are thing for everyone from young to old. If you get a chence to do NOT miss this city!!!!!!!!!

Overall Guide : Great place at any time of the year!! Summer time is so different, in winter different activities and of course different weather, but still loads things to do.
Not to be missed Old Krakow , Nowa Huta , Auschwitz - Birkenau Tour
IntroReviewListContainer-GetPartialView = 0,0156267