City Guide about Salou with tips and reviews by travelers. 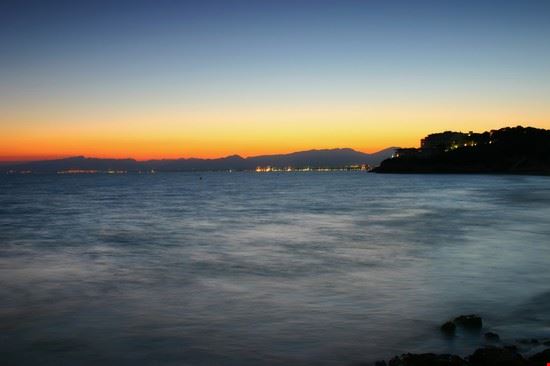 GuidePdfAppDownloadRow-GetPartialView = 0
Salou, in the region of Catalonia, is located on the Costa Dorada. The city, which is an ideal seaside resort, is situated 92 km from central Barcelona. With a population of around 22,000 inhabitants, Salou is a major tourist as well as a commerce and trade centre.
The city has an ideal Mediterranean climate, characterised by mild temperatures, very little rain and a great amount of sunshine throughout the year.
The earliest inhabitants of Salou were the Iberians, Romans and the Saracens. The region soon witnessed the arrival of pirates, which resulted in the city being abandoned. The sixties saw the growth of the tourism industry.
Tourism is the main money-making sector in Salou; fishing is also widely practised. The city is home to a rich culture which is visible in its monuments and other architectural works.

Overall Guide : Situated between the fascinating Cambrils and peaceful La Pineda, Salou is about seven miles south of elegant resort town, Tarragona. The tourists mainly come here in the month of August to enjoy the electrifying fiestas and the calm beaches. A... more wonderful mystery theater, House of Illusion, where you will get to see the Europe's most excellent close-up magicians performing a show right in front of you. This enthralling performance will be followed by a hilarious closing act, full of comedy and laughter. Do see the great music and light show, the Dancing Fountain Show. It is right next to the beach and lasts for an hour and strats by 10 on every summer night. Prepare yourself for some adventure on the zip lines, and great fun time in the paintball circuit of Bosc Aventura. It is situated right behind the City Park and people of all ages can have a hell of a time here.
Not to be missed House of Illusion , Dancing Fountain Show , Bosc Aventura
IntroReviewListContainer-GetPartialView = 0
AdvValica-GetPartialView = 0,0156262
AdvValica-GetPartialView = 0