City Guide about London with tips and reviews by travelers. 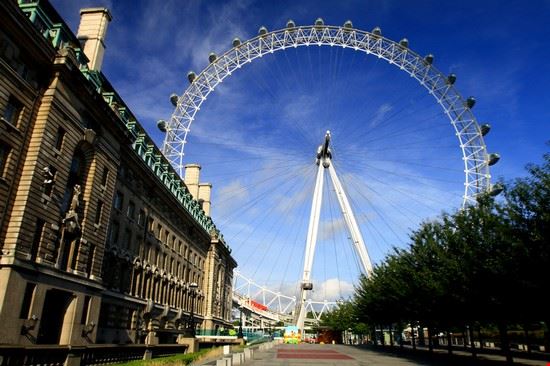 GuidePdfAppDownloadRow-GetPartialView = 0,0156249
London has come a long way since the Thatcher years. Redevelopment has continued apace and a series of prestigious new millennium projects and commercial construction have changed the face of the city. There has also been large-scale investment in infrastructure. A significant political development for London has been the creation of the Greater London Assembly (GLA), along with an American-style Mayor of London, both elected by popular mandate.
The city’s lifestyles vary considerably and the options are endless. From nightlife to sport, shopping to theatre, art to dining there’s always something to do and people to meet.

Overall Guide : Culture & Lifestyle London offers a fantastic diversity of population and supports a myriad of different lifestyles. Whatever your background or interest, you’ll find people of like mind and have the opportunity to express yourself freely. People... more of all ages and backgrounds flock to London for many different reasons. They include improved work prospects, better wages, a higher standard of living and the stimulation of living in a bustling metropolis. The city’s lifestyles vary considerably and the options are endless. From nightlife to sport, shopping to theatre, art to dining there’s always something to do and people to meet. London’s long-standing ethnic diversity is an important factor in its popularity with settlers from overseas. The strong economy of the City draws many people including graduates from around the country and beyond. The presence of large numbers of long- and short-term visitors also adds to London’s vibrancy. As with all big cities, there can be issues with traffic congestion, crowded public transport, long working hours and high costs of living but there are ample compensations and ongoing improvements on many fronts. London is frequently likened to a collection of villages. Clusters of local shops, markets, parks, leisure centres and other venues help foster a feeling of local community within a conurbation of seven million people. Some areas have a particularly strong identities and associations making London a world in one city. The capital continues to draw newcomers all the time and it is a city that is always changing. Religion Like most factors in London, religion is also incredibly diverse, with all major world religions represented in the city. The majority of Londoners would describe themselves as Christian, although the remaining 3 million residents encompass Sikhs, Buddhists, Hindus, Jewish, and Muslim minorities, with the latest statistics revealing that there are 36,000 Londoners who categorise themselves under other religious denominations.

Overall Guide : London is one of the greatest cities in the world. So much culture, history, brilliant architecture and mix of ethnicities. Wonderful museums and landmarks that are hard to beat. The London Eye you can't miss. It is a little dirty... more of course, and the tube is not the most reliable of services, but bear in mind the sheer amount of people using it daily and taking that into account, it's so good. Highly recommend, a must visit!
Not to be missed The London Eye , The Tower of London , British Museum

Overall Guide : Friendly atmosphere, easy local transport, lots of interesting places to see. A variety of shopping facilities that cover everything from clothes to fine wines. Likewise, a variety of shows to see and restaurants to visit. Local pubs with their range... more of local and international beers add to the overall pleasure when visiting London.
Not to be missed Piccadilly Circus , Little Venize. , Tower Bridge

Overall Guide : london is a big and old city, very modern but also full of ancient buildings. never miss visiting london bridge and big ben, and of course stonehenge. i love visiting london, i think such great memory spread in my mind... more while i visit london. But i also hope that it is easier for me to get info about public transportation and detail map of london from on line media

Overall Guide : London has always been an exciting city offering a wide variety of music, theatre and dance, combined with good food, history, pageantry and cultural events that are difficult to beat. The Olympic Games provided an impetus to improve transport and... more airport/train facilities, and a welcoming smile that was a keynote of the games is still there. I travel a lot and see many lovely cities but London is very difficult to beat.
Not to be missed West End Theater , British Museum

Overall Guide : Be free in London, choose from the wide range of apartments for rent in the excellent, good quality-to-price-ratio Notting Hill neighborhood. Opt for the excellent public transport, buy a metro and bus card. Don't let yourself be caught up in... more the nostalgia of Italian restaurants, but if you're on a budget opt for Asian restaurants or go shopping in the mini market.

Overall Guide : I did not like my visit to london at all. Police are everywhere and syrines cling every now n then. I was once hosted by the police @ sloane square for crossing the road wrongly. The youth are rough, unrespectful,... more cheeky, insane just to mention a few. Except food, every thing in london is expensive, and the question is why?
Not to be missed Buckingham Palace, London Pleasure Gardens , Heathrow Airport , Westminster Abbey

Overall Guide : This place is a wonderful place to be at with your family. Another great thing about London is you can look or ask information about big ben. The last way it is useful because it is a wonderful place where... more you can have a wedding. That is why I think London is very useful and unic to go on vacation.

Overall Guide : London is the greatest city on the planet, where nationalities live side by side to form a super city. Whose numerous parks make it one of the greenest capitals. The street markets make shopping a more exciting experience than sterile... more malls. And you can watch a quality concert or gig every night of the week.
Not to be missed The Brixton Academy , Stamford Bridge , Pellici's
IntroReviewListContainer-GetPartialView = 0,0156253
AdvValica-GetPartialView = 0
AdvValica-GetPartialView = 0