City Guide about Chicago with tips and reviews by travelers. 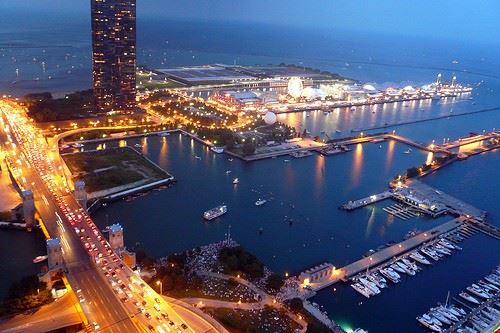 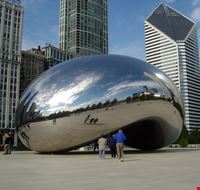 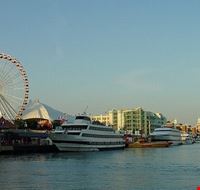 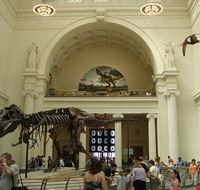 GuidePdfAppDownloadRow-GetPartialView = 0
Chicago is a major city in the state of Illinois in United States. With a population of over three million people, Chicago is the third-most populous city in the United States.
Often referred to as ‘Second City’ or ‘Windy City’, it is a major industrial, financial and educational hub. World-renowned as the global capital of architecture, Chicago attracts millions of tourists each year.
Chicago has a variable climate with weather conditions ranging widely. July is the warmest month, and January, the coldest. Most of the short-lived rain is received during summers with regular thunderstorms; winters are dry.
Founded in 1833, Chicago developed rapidly, becoming one of the most influential cities in the world by 1890. It was heavily supported by land speculators and entrepreneurs during its growth period.

Overall Guide : If in Downtown Chicago be sure to visit Oak Steet Beach. Right at the northern end of Michigan Ave with all its High End Shopping called the Magnificant Mile...A Pleasent Surprise with a Tiki Bar Also on the Beach. To... more View Chicago in all its glory. Make sure you take a Boat ride on Lake Michigan. You can find boat tours from the Chicago River at Michigan Ave On either side of the river. But be sure it is not Just the 1 hour trip or less But the 90 minute on...or it only goes up and down the river not Lake. The Achitecual one also is Only on the River...Do the Lake trip..you won't be disappointed. Also you can Get Dinner Cruise Trips and Tall Mask Sailing Ship rides and others..from Navy Pier. Also a Walk on this tourist suprise is very nice. If you cannot do a Boat Ride Take a taxi or bus to the Planetarium Museum. It has that Iconic Chicago Skyline World Renouned View. shooting you into Lake Michigan but still on land. Also a Ride from Downtown North along Chicagos Gold Coast going past its front yard of Beaches, Harbors and its gold coast highrise living. Museums...Of course Chicago has some of the Best. For a Skycraper top view the John Hancock Center View Is Tops...viewing both Downtown the beaches up the shoreline and Lake Michigan...
Not to be missed Michigan Avenue , Michigan Avenue , Adler Planetarium for Iconic skyline view

Overall Guide : I find Chicago most neighborhoods expecially Downtown to be among the Cleanest of Our Large cities,certianly compared to NYC. It has just in a 2 or 3 mile area downtown. Some of the Worlds Great archetecture from each American boom... more period modern with classics.with Beaches at one end to the north looking like your are in Florida in summer of course.Harbors to the east and Museums respected worldwide. Great Hotels and Restaruants and Clean. Flowers planted showing its green and purhaps the Best shopping street high end in the US. Beaty with modern clean and flowers to walk among.Chicago has blossemed in the last 30yrs and renewed itself. It has become a not just business destination but vacation for the family as travel magazines make light of. It did overcome the period of decay some other cities have not. Of course not all is perfect.

Overall Guide : Great Downtown Michigan Ave is Awesome...with a Beach Oak St Beach at its northern end. Great Museums gogeouse lakefront and Enjobable Navy Pier. Take a Boat ride into Lake Michigan to view the Skyline...Second to none.. also Awesome skyline view... more from stip between Shed Aquarium going to the Adler Planetarium...You wont be disappointed....Oh and for a High view...take in the Skyline view from high atop the Hancock Building on the North end of Michigan Ave by the Old Water Tower Landmark. Great view of Chicagos Coastline with Beaches and Harbors and downtown business district...

Overall Guide : One of the foremost attractions in Chicago is the Navy Pier which consists of restaurants, shops, museums and exhibitions and is ideal for tourists. Also, the Ferris wheel located in Grant Park, is one of the most toured landmarks in... more the city. The Magnificent Mile, with an assortment of big shopping malls and mega stores, is a haven for shoppers. The Sears Tower offers a spectacular view from the top and has become the symbol of the city. On busy days, people often have to get into queue to reach the sky deck, which offers a view of the city. Art Chicago is a massive art festival which features over 3000 artists with many related events held at various museums and galleries. It also hosts the Stray Show which is a separate event for amateur artists.

Overall Guide : Don't miss: a bike ride on the shores of Lake Michigan. Food to try: the famous Chicago pizza (2 layers of dough with filling). You should visit because it's an open-air architecture museum. Experience how friendly and helpful the people... more are with tourists. Finally, shopping, shopping, shopping!!

Overall Guide : its a multi-cultural truly melting pot with many etnic groups living in perfect harmony with each other.all cuisines are available at competent pricing ,and a beatiful downtown with its beaches and marina

Overall Guide : Travelling to chicago seems like which costs your budget up but actually when you arrive there youll now that you have done the right thing so dont keep sitting come on

Overall Guide : Beautiful city, lots to see, need to go to the lake, watch the games, what ever time you go (baseball, basketball, and football), stroll around the river area... lots of good food, just enjoy the windy city
Not to be missed Grant Park , The Chicago Park , Bike tours

Overall Guide : Its a nice place to be and i love to be there too like any other person that appreciate quality advance life. I likes interactive manner of people residing within. Love to share myself with them and to know more... more of its important city through its map. Thank you.
Not to be missed O’Hare International Airport , Chicago Board of Trade Building
IntroReviewListContainer-GetPartialView = 0,0156263

2
The Art Institute of Chicago
8 Votes