City Guide about Coney Island with tips and reviews by travelers. 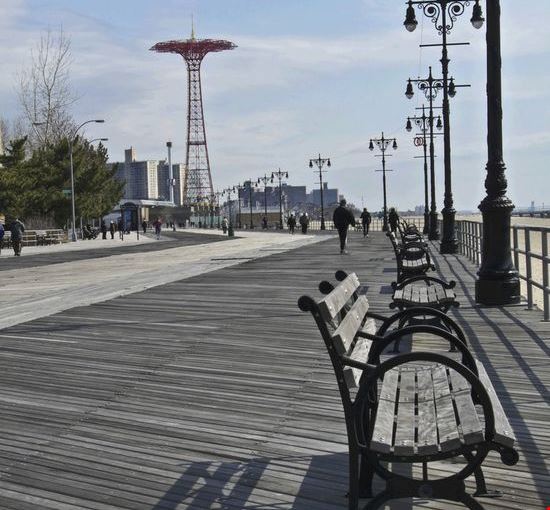 GuidePdfAppDownloadRow-GetPartialView = 0
Coney Island can be described as a peninsula, previously an island located in Brooklyn’s southernmost region. It also has a beach along Atlantic Ocean.
Coney Island lies on the westernmost side of ‘barrier islands’ of ‘Long Island’; around 0.5 miles broad and 4 miles long. After construction of Belt Parkway prior to Second World War, eastern and western ends form the peninsulas.
The name ‘Coney Island’ means ‘Rabbit Island’ in Dutch. One can find this name on map of New Netherland’ of the year 1639; thanks to Johannes Vingboon. New York Sate as well as New York City had originally been a ‘Dutch’ settlement and colony, called ‘Nieuw Nederlandt’ and ‘Nieuw Amsterdam’ respectively. Rabbit hunting was a common profession over here then.
Coney Island possesses a humid type of climate.
According to census conducted in the year 2000, population of Coney Island was 51205; with 40.3%25 Whites.