City Guide about Honolulu with tips and reviews by travelers. 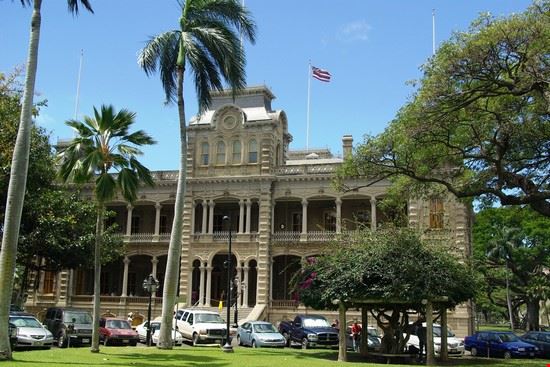 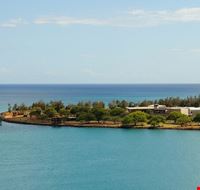 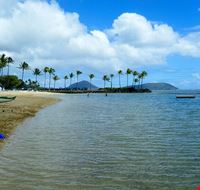 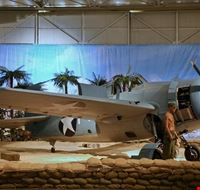 GuidePdfAppDownloadRow-GetPartialView = 0
Honolulu is a bustling, yet laid-back, metropolis in the middle of the Pacific Ocean. This world-class city is the capital and largest city of Hawaii, the island state of USA. It is situated on the south-east coast of Oahu Island.
The Honolulu International Airport is the main gateway into the Hawaiian Islands. There are several small airports on the remaining islands served by Hawaii’s Aloha Airlines.
Honolulu’s ideal year-round weather makes it the perfect holiday destination. There is hardly any difference between summer and winter, with the average temperatures ranging between 22°C – 30°C; the rainy season extends from December to March.
Honolulu has a population of nearly 375,000 people. As expected, tourism drives the economy of the city. Tropical fruit like pineapples form the bulk of exports.

Overall Guide : Lots of history, culture and fun in this town. You won't be bored that's for sure. Trolleys and buses make it easy to get around Honolulu itself so a car is always necessary. Food can be expensive (everything is shipped... more in) but deals can be found for hotels, tours and excursions.Use wise judgement and Google Maps to assist you in finding a great hotel in a safe location. Look at the area surrounding the hotel or condo. Is it well lit at night? Are there sidewalks that are open and visable? Some places may sound great but you need to look at the location by internet and see for yourself. Satellite imagery is top notch and helps out a lot!
Not to be missed Pearl Harbor (Navy tour) , The North Shore , National Cemetery (Punchbowl of the Pacific)
IntroReviewListContainer-GetPartialView = 0,0156267
AdvValica-GetPartialView = 0
AdvValica-GetPartialView = 0