City Guide about Houston with tips and reviews by travelers. 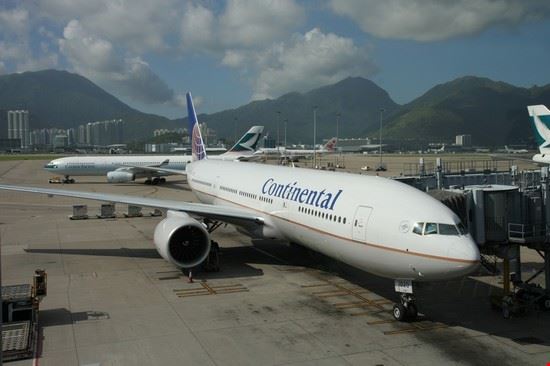 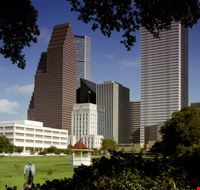 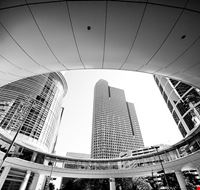 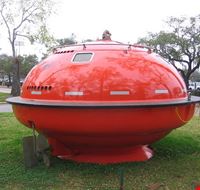 GuidePdfAppDownloadRow-GetPartialView = 0,0156266
The city of Houston is located on the Gulf Coast plain of eastern Texas in USA. Characterized by marshlands, forested land and swamps, the city covers an area of 1,558.4 sq km and has a total population of around 2,145,000.
Houston has a humid subtropical climate. Summers are very hot and are accompanied by afternoon thunderstorms. Temperatures range from 22°C to 34°C. Winters are cool and moderate, with temperatures ranging from 4°C to 16°C.
Founded in 1836 and incorporated in 1837, the city was named after General Sam Houston, commander of the Battle of San Jacinto. The railroad industry and the discovery of oil led to the city’s growth.
With its lush topography and pleasant climate, recreational activities are possible throughout the year. With more than 500 cultural and visual arts attractions, Houston is very much an ‘outdoor city’. The Bayou Place is a popular landmark of the city.

Overall Guide : Houston is the 4th largest city in USA and a modern metropolis with numerous tourist attractions, luxurious hotels, skyscraper buildings and commercial complexes. It is also the leading port of the state of Texas. The NASA Space Center in Houston... more is an aviation museum and the center for monitoring all space flights manned by NASA. The museum displays models of space capsules, a variety of objects from Gemini, Mercury and Apollo manned space programs. The interactive exhibits also include the chance of meeting a real astronaut and steering a spacecraft in the simulator. Astrodomain is another popular tourist attraction which encompasses a huge air conditioned complex with an aquatic water park next to it. There are a number of parks, museums, galleries and gardens in Houston such as the Blaffer Gallery, Sam Houston Historical Park, Tranquility Park, Houston Zoological gardens, Museum of Fine Arts, Holocaust Museum, Fire Museum, Children's museum, Railroad museum and more.

Overall Guide : A nice place to be with a lot of attractions. Good eatries, eisure centres and many more... a home of good people and a high degree of hospitality, a tourist heaven.
Not to be missed William Houston Street , Blaffer Gallery , Tranquility Park