City Guide about Miami with tips and reviews by travelers. 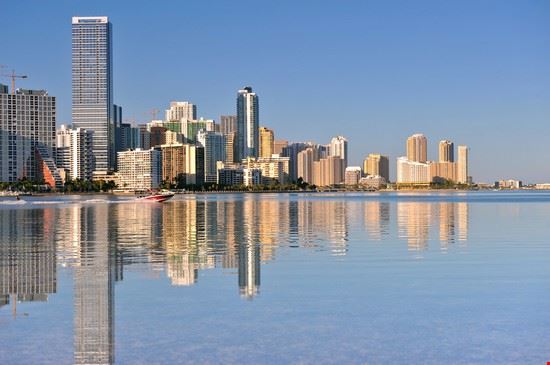 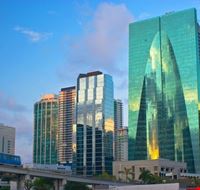 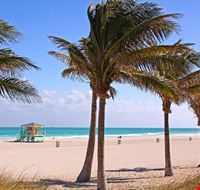 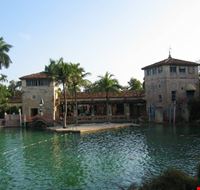 GuidePdfAppDownloadRow-GetPartialView = 0,0028707
Situated in Miami-Dade County, Miami is located at the southernmost tip of Florida. Bordered by the Atlantic Ocean and Florida Everglades, the city is spread over an area of 143.15 sq km.
Miami has a tropical climate. Summers are hot and are accompanied with thunderstorms. The climate in winter is warm and dry (the best time to visit).
Incorporated as a city in 1896, the area was originally inhabited by the Tequesta Indians and was later claimed for Spain. The city prospered after the arrival of the railroad and is now an important port of entry and cruise ship stop.
The population of the city is around 600,000 with about half of the community of Hispanic origin. Due to its easy access to the ocean, mild climate, tantalizing beaches, and the flamboyant lifestyle of the people, the city is one of the most popular tourist destinations in the US.

Overall Guide : Visit the oldest surviving lighthouse in Florida, Cape Florida Lighthouse as well as the Keeper’s Cottage which houses a museum. Adventure lovers will enjoy the Everglades National Park, offering various biking trails but look out for the alligators along the... more sides of these trails! Also worth a visit are the Historical Museum of Southern Florida, Miami Metro Zoo, Miami Museum of Science, Dinosaurs of China Exhibit, Miami Seaquarium, Monkey Jungle, Venetian Pool, Vizcaya Museum and Gardens, The Gold Coast Railroad Museum, Oleta River State Park, Deering Estate at Cutler, Miccosukee Indian Village, Dade Cultural Center, Freedom Tower, Wings Over Miami Museum, and Cloisters of the Monastery of Saint Bernard de Clairvaux. With various shopping and clubbing venues mixed with cultural and heritage sites, Miami has something for everyone. If you can try and plan your trip around the international five-day Miami Boat Show.

Overall Guide : Great Place, plenty to do. Get a Hotel on the beach front or water front. Safe but keep an eye out for the slick souvenir shop owners who will take advantage of you let your guard down- Check prices before... more you begin to lift off the hangar! Everglades -quite a let down- Air boat-bigger let down- Gators-biggest let down! Not many gators in the wild-so dont be disappointed when all the tour guides take you to the same nook and cranny!!! Los Olas- night clubs and food -not to be missed! MAI-TAI- Polynesian night club- Great show- great cocktails & great food- remember to book your table in advance! Drive to the keys- definitely not to be missed- rent your own coupe and drive down for the greatest "Conch" in the world!!! Conch fritters great with BUD! Taxi cabs -not readily available at some points. Boat rentals- check out prices before you engage.
Not to be missed The Keys , The Everglades &amp; airboat , Mai Tai- Polynesian restaurant

Overall Guide : Miami is a dangerous and expensive place but very entertaining... i hope all would change like before were it was cheaper and affordable to live in .. Planning on moving, too expensive and so little work
Not to be missed Bars and Clubs , South Beach , Miami Art Museum

Overall Guide : There's a lot of entertainment, it's so fun the kids loved it, we even went on the metro rail, it was so clean and safe, they had food and entertainment around each coner litterally, also it was affordabl,e we had... more some money left over to take the kids to disney world.
Not to be missed Bicentennial Park , Miami International Merchandise Mart , Matheson Hammock Park Beach

Overall Guide : Miami Beach is truly magnificent! I particularly recommend the Sheraton Hotel ... Don't miss a trip to the Everglades! It's also the ideal place to start an unforgettable cruise to the Caribbean!

Overall Guide : I think that Miami is a great place to spend some quality time with your family. The streets are not full of trash, people around you are very manner-able, and they keep their town very clean. When you enter a... more store the floors are always clean and every item you get is great. Also the employees are very kind to you. Also the traffic is not very crazy. So that is my general opinion on Miami. Hope you enjoy it :).
Not to be missed South Beach , beautiful

Overall Guide : Great place to be!

Overall Guide : miami is a fun place to go
Not to be missed South Beach , Miami Art Museum , Downtown