City Guide about San Francisco with tips and reviews by travelers. 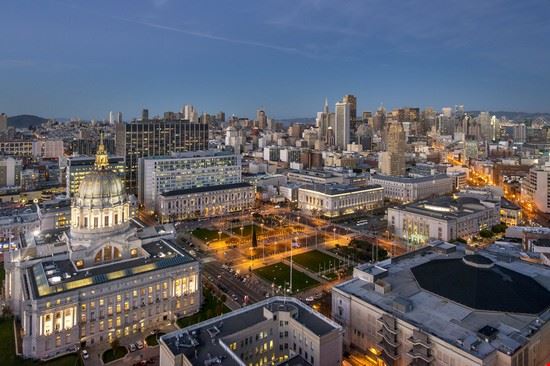 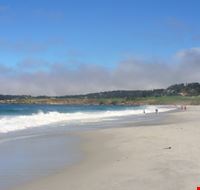 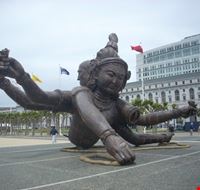 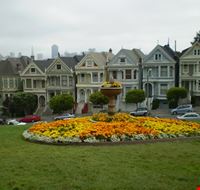 GuidePdfAppDownloadRow-GetPartialView = 0
San Francisco lies in an extraordinary bay crossed by the Oakland Bay Bridge and the notorious Golden Gate Bridge, built in 1937.
As San Francisco has been built on hills, a way to get through the city, apart cars or buses, is offered, since 1873, by cable cars!
San Francisco is the Golden Gate Bridge, Alcatraz, Chinatown and much more!
Residents rarely go to the Bay area but to take friends or relatives there, though the many restaurants and shops, mostly oriented towards tourists!
It is anyhow at Fisherman’s Wharf, where the notorious Dungeness crab can be enjoyed, better between october and april!
The Pier area exactly where the ferries arrive from the rest of the Bay Area.
Among its neighbourhood, is the Castro where lives a strong gay community, an area full of restaurants, a funny and enjoyable place where to go to and stay!

Overall Guide : Places not to be missed, when in San Francisco are: Nob Hill, with its elegant hotels and what a city view from them; Telegraph Hill and its Coit Tower; The highly aristocratic Russian Hill; North Beach is where the Italian Community... more resides but also the artistic area of the city. Golden Gate Park, ideal to get relaxed, offers a wide range of attractions! Sausalito and Tiburon, Mediterranean like resorts with yacht harbours and bistros; Nice, is a visit to Napa Valley where many notorious wineries organize tours as well as tastings of their produce! Also interesting would reveal a visit to Alcatraz, the ex - penitentiary which once housed Al Capone!

Overall Guide : Take the drop on drop off bus but non during a rainy day because the best view is fron the open deck. try also the night ride, the views of the city lights worse it. if you take the 48... more hours ticket you get a free night ride. you need at least 3 days to visit the city using this kind of transportation. If you arrive with a car find a garage and don't pay for taking the car in and out during the visit. It will be better to use public tranportation, even the taxi is not expensive.
Not to be missed Alcatraz , Fisherman's Wharf , The Cliff House

Overall Guide : I love this city on the bay ... i just love it. Useful tip: in ghiradelli square there is an incredible bookstore devoted entirely to architecture and urbanism. If you break your eyeglasses as a visitor - fret not, right... more d/t in the hotel is a glasswear repair craftsman - merely an hour and you can see again. And great pub with locals, killer cheap pints of beer and pool table ... have some fun while you wait.

Overall Guide : I love San Francisco! So many differnet types of people there! So diverse! The restaurants are AMAZING! Not to mention the shops. You have my full recomendation to go there during CHRISTMAS! Go to Union Square during the holiday time,... more it looks amazing! And Pier 39 Fisherman's Wharf is downright fun! GO TO SF!
Not to be missed California Academy of Sciences , Union Square , Fisherman's Wharf

Overall Guide : Lots to do and plenty of excellent and diverse places to eat. The center is expensive to base yourself in and should you locate outside try and get a residence that shuttles into the city as parking is ridiculously high... more and sometimes difficult to find. There are lots to do both day and night time so you can plan a fairly longish break in the area (5-7 days) .
Not to be missed Sausalito Waterfront Guided Segway Tour , Alcatraz

Overall Guide : It's small, it's on a human scale, it's America, but it's also different ... I would say almost European. Walk as much as possible, you'll enjoy it loads. Hop on one of the trams that go up and down the... more hills that characterise Frisko and take the road with the most turnings I've ever seen!

Overall Guide : Vibrant, exciting , busy , captivating,- a real buzz. Must do - the tram from union square to fisherman s wharf is amazing . The view from the top overlooking the bay, and Alcatraz is incredible . Do go on the... more fire engine tour - they're both quite mad , but you'll remember it forever !!
Not to be missed Golden Gate Bridge , Fisherman's Wharf

Overall Guide : SF is very good, Since arrival 16 Oct, stay until I left on 23 Oct > Thank you very much for hospitalities.

Overall Guide : Located in West Coast make this city much warmer compared to east coast. Living cost here is much cheaper being compared with New York. Many cheap and good hostels.
Not to be missed Victorian House , Lombard St , Golden Gate Bridge