City Guide about Danang with tips and reviews by travelers. 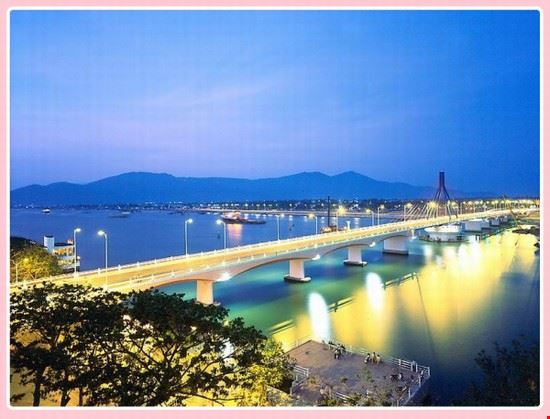 GuidePdfAppDownloadRow-GetPartialView = 0,0156271
Danang, an important port city, is located on the coast of the South China Sea in Vietnam. The city is one of the five independent metropolises in the country with an approximate population of 750,000 inhabitants. Apart from being a tourist centre, Danang is a major industrial zone.
Characterised by a tropical climate, Danang remains humid for most of the year. The dry season is experienced from February to July. August to January is the wet period with heavy rainfall. Monsoons dominate the climate throughout the year.
The city was founded in1888 and was initially a part of the Quam Nam Danang Province; it eventually became a Vietnamese city in 1997. Around 5,000 factories are located in Danang with fisheries, construction, tourism, furniture and textiles as the main industries.

Overall Guide : While most tourists neglect Vietnam’s third-largest city in favor of nearby Hué and Hoi An, Danang has considerable charm in its own right. The economic powerhouse of central Vietnam, it combines the buzz of a bigger city with beautiful beaches... more and great restaurants. A lot of money has recently been poured into tree-lined boulevards, bridges and beachside resorts. Back in the heady days of the American War, Danang was referred to as the ‘Saigon of the North’. This held a note of both praise and condemnation: like its big southern sister, Danang was notable for its booming economy, fine restaurants, busy traffic and glittering shops. Entertaining the soldiers from the nearby American base was a profitable business – bars and prostitution were major industries, and that sleazy legacy lingers. Men travelling together or alone may find themselves (or more accurately, their wallets) subjected to unwanted attention in even the ritziest of bars. Danang marks the northern limits of Viet­nam’s tropical zone and boasts a pleasant climate all year round.
Not to be missed Son Tra Peninsula , Street foods , Marble mountains
IntroReviewListContainer-GetPartialView = 0,0156258