City Guide about Ghent with tips and reviews by travelers. 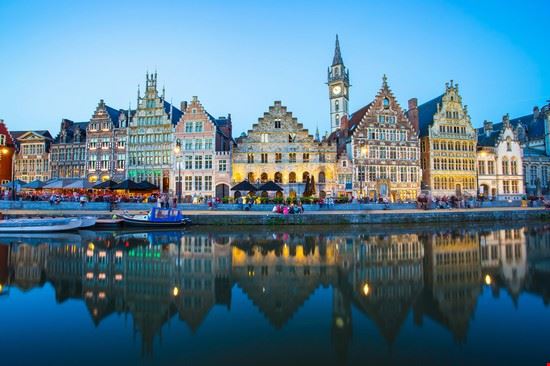 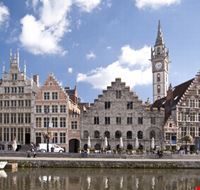 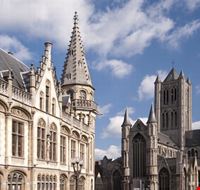 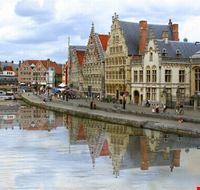 GuidePdfAppDownloadRow-GetPartialView = 0
Ghent is the third largest city and a municipality of Belgium. It is the capital of the East Flanders province and lies at the juncture of the Lys and Scheldt rivers.
Ghent is characterised by a temperate climate, with warm summers and cold winters. It rains almost all through the year. The city has a population of around 2,50,000 inhabitants.
Ghent boasts of a rich and eventful history. The region was inhabited as early as the Stone and Iron Ages. During the Middle Ages, Ghent was a thriving textile producing town; with massive industrialization in the nineteenth century, it is now considered to be one of the most prosperous cities in Belgium.
Ghent is an unassuming and laidback town. The uniqueness of the place lies in the remarkably well-preserved medieval architecture which co-exists with the open cosmopolitanism.

Overall Guide : On the contrary with what one might think, there's still a lot of green space left in the area around the Ghent Sea Harbour. E.g. the 'Dries' of Doornzele (a huge piece of land in the center of the village... more with nothing bur trees) or the rural area between Mendonk and Desteldonk. While making your bike tour, two free ferries allow a moment of rest and a nice view on the broad canal between Ghent and Terneuzen in the Netherlands.
Not to be missed St Bavo's Cathedral , Gravensteen , Graslei and Korenlei
IntroReviewListContainer-GetPartialView = 0,0156271
AdvValica-GetPartialView = 0
AdvValica-GetPartialView = 0