City Guide about Bruges with tips and reviews by travelers. 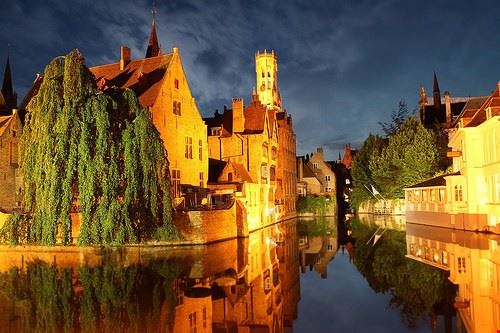 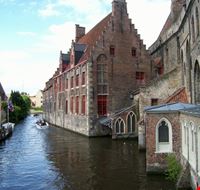 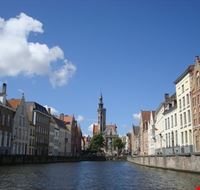 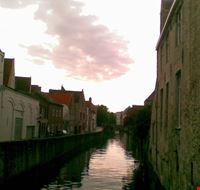 GuidePdfAppDownloadRow-GetPartialView = 0
Bruges is the chief town of the western Flanders, situated in the north western part of Belgium.
The city has a population of about 120.000 inhabitants and is the “best hold” medieval city of Europe and most visited of Belgium.
Bruges origin dates back to the IX century a.C., but after the 11th century it became one of the most important centers of Europe for its commercial aspect as well as for its production of linen and cotton goods.
In the XIII century Bruges became a free mercantile republic and member of an association of some cities of northern Europe.
In 1302 Bruges was an important center against the Flemish Revolution but in 1384 it was part of the dukedom of Bourgogne.
Unfortunately in the XVI century there was the beginning of its decadence because of the silting (covering with sand) of its estuary. This caused the closure of the communication ways for trade that had made Bruges famous until that unpleasant event. Furthermore the city was conquered by the Spain.
Bruges went through some centuries of poverty but in the XX century the beauty of its streets and channels gave back its celebrity all over the world. In 2002 it was even named the European Capital of Culture.

Overall Guide : The flourishing commercial activities with Scandinavia and Russia have also favored the realization of some artistic buildings which can still be visited in the town. The first European bourse was the house of the very rich traders family... more in Bruges named Van der Beurse, this explains the origin of the name. The climate in Bruges is characterized by a grey sky and humid streets. The warmest months are between April and September, during which you can also enjoy some sunny days. The spoken languages are French and Flemish.

Overall Guide : It's a lovely place under the protection of UNESCO. It's a little too touristy, but at the same time it's on a human scale and it's still traditional, mass tourism hasn't altered its nature. There are excellent restaurants: there is... more something for every budget. The city and all the attractions are well-cared for. In winter you can't take a boat trip on the canals, which is a shame.

Overall Guide : The city is walkable and is a treasure trove of art and architecture. Find a location as close as possible to the "Markt" (City Square) and enjoy! Take a boat ride on the city's canals and find delightful little family... more restaurants serving local delicacies at reasonable prices.

Overall Guide : Beautiful, colourful. Very traditional, and there's a statue of our Michelangelo! Don't miss the boat ride on the canals. There are lots of restaurants where they cook the meat and les frittes very well, in my opinion they're the most... more delicious chips in the world!

Overall Guide : What could be more romantic and inspiring than a place that looks like a backdrop for a fairy tale? The mediaeval overtones of Bruges’ cobblestone streets lead to countless historical, architectural and artistic wonders. Marvel at ornate houses lining intricate... more canals, and understand why this is a favourite place.
Not to be missed Saint-Jacobs church , Boat Trips on the canals , Basilica of the Holy Blood
IntroReviewListContainer-GetPartialView = 0,0156258
AdvValica-GetPartialView = 0
AdvValica-GetPartialView = 0

3
Museum of Cocoa and Chocolate
12 Votes

7
Boat Trips on the canals
5 Votes