City Guide about Brussels with tips and reviews by travelers. 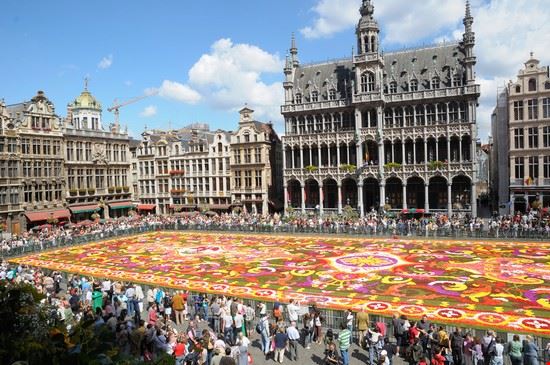 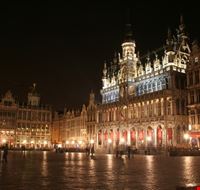 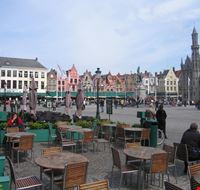 GuidePdfAppDownloadRow-GetPartialView = 0
Brussels is the bilingual capital of Belgium. French and Dutch are the official languages of the city and the street names and the traffic sings are always written in both languages.
The inland capital of Belgium is surrounded by Netherlands, Germany, Luxembourg and France. Furthermore Brussels is a multi-lingual and multi-cultural city in the heart of Europe, this makes it with justification be the “Capital of Europe” where also the European Parliament has found its ideal home.
The population in whole Belgium is about only 10.2 million, Brussels itself has about 970.000 inhabitants, but Belgian are said to be very able to compensate for their small numbers with trained diplomacy, compromise and negotiation.

Overall Guide : Also in architecture in Brussels you can find a mixture of different styles. Near the gothic cathedrals and churches you will observe some classical building facades but also art nouveau and art deco houses. The historic market square... more “Grand’Place” with its architectonic beauties is said to be the heart of Brussels and one of the most beautiful town squares all over Europe. The Surrealist art movement guided by René Magritte took off in Brussels. The climate is rather cool and humid during the whole year. In spring and summer temperature is agreeable and only seldom very hot, in autumn and winter it is cold and gray.

Overall Guide : Never order water at restaurants, it's better to bring along a bottle of water. Walking around without a map and getting lost is the best way to discover scenic new squares and buildings that aren't included in the guides. If... more you want to get a metro ticket or weekly card, make sure you have change, they don't take notes.

Overall Guide : I always enjoy the service offered by the crew of Brussels airlines.

Overall Guide : I find Brussels to be a very special place, a unique atmosphere, excellent food. An awesome people are located in Brussels, it is a city I would visit much more often if I could.
Not to be missed Grand Place

Overall Guide : I traveled with easyjet, you land at the airport closest to the city centre and you take the train to the centre, then I always get around on foot, everything is pretty close. Don't miss a trip to Bruges, by... more train again. I stayed at the Radisson: comfortable, clean, good breakfast ...

Overall Guide : It's an amazing city, there are a thousand things to do and see. The friendliness of the people who live there is exemplary! Use public transport to get around: it's excellent and very cheap. Visit the Atomium!

Overall Guide : No need to leave tips, service is already calculated in the bill