City Guide about Desenzano del Garda with tips and reviews by travelers. 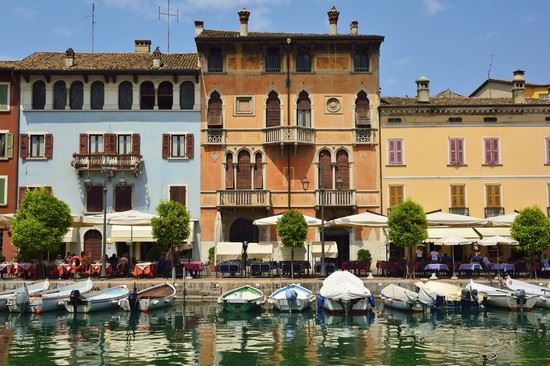 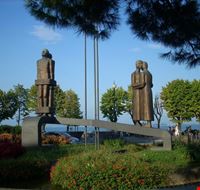 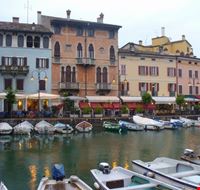 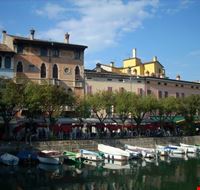 GuidePdfAppDownloadRow-GetPartialView = 0,0040038
Desenzano is one of the larger towns on the lower part of Lake Garda. Desenzano was once a significant Roman trading point and was then used by the Venetians as one of their power bases to control the lower end of the lake as per the natives. Desenzano del Garda is located on the southern shore of Lake Garda to the west of Sirmione. It has exceptional road networks to the Milan-Venice motorway as well as has its own railway station. Those heading to Desenzano from the east or west are recommended to use the A4/E70 motorway which stretches from Venice to Milan. The exit for Desenzano del Garda is just to the south of the town and it is only a short drive across the railway line into the main center and to the lake shore. Drivers approaching from the north and south usually should head for Verona on the motorway networks where there is a linking to the E70. At the southern end of Lake Garda, Desenzano has easy access to an array of major airports in northern Italy, as well as some smaller ones which are served by the inexpensive air travel operators and travel companies. Desenzano has its own railway station which is part of the main line between Verona and Milan with frequent services. You can visit a lot of places including the antiques market in Desenzano del Garda, which takes place in Piazza Malvezzi first Sunday of each month, is amongst the most qualified Italian antique markets. When you arrive at Desenzano del Garda I recommend that you go to the local Tourist Information Office which is located in the center of Desenzano. There you can get a map of the area to take with you free of cost. Also you have a range of booklets about the local attractions which can act as a guide. One of northern Italy's most popular tourist destinations is the Lake Garda. It is is one of the preferred sporting destinations in northern Italy with paragliding, horse-riding, sailing and plenty of other options. You can rent equipment and instruction from centers, outfitters and rental shops on the lake side. The best-known Lake Garda climbing is at Arco. The village lies north of Riva del Garda and this is the location for the well-known Rock Masters sport climbing competition. The village of Marciaga near Garda on the south-eastern shore of the lake also has quite a good number of cliff climbs. Lake Garda has been called one of the best mountain biking locations in Europe. The negatives are the heat and the fact that the area is so good you are unlikely to have the trails to yourself. Italy is said to be the largest wine-producing country in the world, it's not astonishing that both the red, white and rosé variety features on the list of local specialties. You can find Lemons and Olives grown all around Lake Garda. Like wine, olives have their own precise sorting system and the Extra Virgin Olive Oil is measured by inspectors and certified by the Ministry of Agriculture.