×
Notice
This website or its third-party tools use cookies, which are necessary to its functioning and required to achieve the purposes illustrated in the cookie policy.
If you want to know more or withdraw your consent to all or some of the cookies, please refer to the cookie policy.
By closing this banner, scrolling this page, clicking a link or continuing to browse otherwise, you agree to the use of cookies.
To accept | Read more
Kuala Lumpur
The whole website**

City Guide about Kuala Lumpur with tips and reviews by travelers. 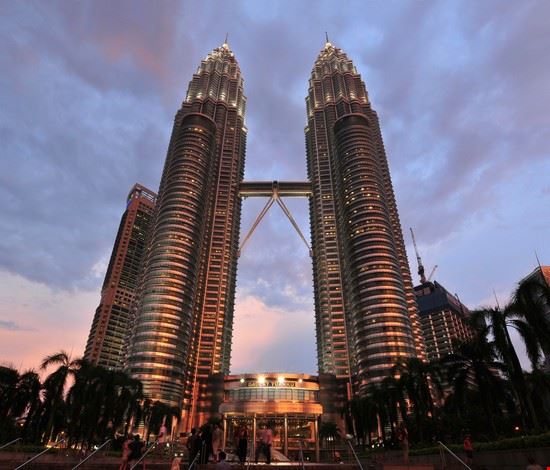 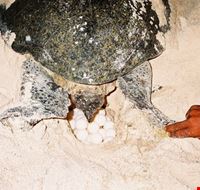 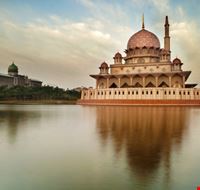 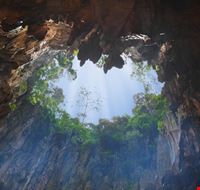 GuidePdfAppDownloadRow-GetPartialView = 0,001
Kuala Lumpur is the stunning capital of Malaysia. The city, defined by its colourful culture and rich natural reserves, is also Malaysia’s largest city. Having achieved its city status in 1972, Kuala Lumpur is now a prosperous city housing about two million people.
Kuala Lumpur is characterised by an equatorial climate, which is tepid and sunny throughout the year. However, the nights are pleasant as the temperature drops a few degrees. The city receives plentiful rainfall, especially from April to September.
Kuala Lumpur witnessed two world wars and the economic decline in the late 1990s to develop into Malaysia’s political and commercial capital. Also, it is the only city in the world which has a million-year-old forest area within the core of its existence.

Overall Guide : The Kuala Lumpur Lake Gardens is the city’s most veteran and well-known park with a stunning artificial lake and various remarkable botanical gardens. The Butterfly Park, Deer Park and Hibiscus Garden are some outstanding inclusions apart from the Kuala Lumpur... more Bird Park, which is Southeast Asia’s largest bird park. The National Zoo and Aquarium offers a spectacular display of various marine and freshwater species of animals. The Petronas Twin Towers are the second tallest buildings in the world with a phenomenal view from the Skybridge, which is one of the highest suspended bridges in the world. The Malaysia Festival is a popular event exhibiting traditional arts and cultural performances in September, followed by the October Shopping Carnival. Kuala Lumpur also hosts annual festivals like the Malaysia International Gourmet Festival.

Overall Guide : KL is considered as Huge city, where the public transportation is available everywhere, and foreign people can manage themselves to reach their locations by using easier ways. A lot of public transportation close to them in their hands, such as... more Buses, monorail, LRT, etc. Taxes also provide good services for people, where are considered as a safe facilities and reliable because they usually use meter gauge for the price of each trip. KL is also a very expensive city and crowded as well, sometimes I feel its unsafe city especially at night. Finally, I like Malaysia and KL as a capital city of Malaysia.

Overall Guide : Kuala lumpur is a very beautiful place which i have seen when i was 9 years old. Till then it was the most beautiful palce seen by me. The buildings reminded me of Italy. I am a travelller and travelling... more is my passion. Being an indian i can't see that much of developed country so i travel from one place to another to compare which place is suitable for me to live in.

Overall Guide : TAXIS AT HOTELS & SHOPPING CENTRES DO NOT TAKE! THEY DON'T WANT TO USE METRES & TRY RIP YOU OFF! EVEN THEN I HAD THE MISFORTUNE TO JUMP ON A CAB AT MID VALLEY, THAT HAD A METER CHARGING 3... more TIMES THE AMOUNT THAN WHEN I GOT THERE!! CLEARLY THE METER WAS BEING MANIPULATED. WE ALMOST GOT INTO A FIGHT!

Overall Guide : It is a very good place to stay. A nice country that i didn't expected, it's full of tourist area. Very reasonable place to shopping. The food all was awesome. Especially there is a club called Zouk. It is somewhere... more near by Ampang area. It's just opposite maya hotel. It is a wonderful place to party. Do come to kl often if you loves the foods, shoppings and clubs.

Overall Guide : Boring no entertainment for tourists at night especially family everything closes by 10 tourists are usually looking for morning and night life for example at night coffee shops restaurents activities look at countries like egypt and thailand thats what tourists... more want

Overall Guide : Kuala Lumpur has many things to offer. It is the literal meaning of Modern Jungle. You do have Modern building nestled with pristine Jungles. What separate KL with other cities in South East Asia is the people. We are friendly... more and quite open. We take pride in being a good host.
Not to be missed Kuala Lumpur City Centre (KLCC)

Overall Guide : Very Much Friendly through signing & peoples english proficiency. Need to educate people & keep the infomation guide in english too then you can increase the tourism along with econimical growth. So keep these in mind do the improvement accordinly.... more Here communication is very tough to reach based.
Not to be missed Jalan Masjid India , Kuala Lumpur City Centre (KLCC) , Sultan Abdul Samad Building
IntroReviewListContainer-GetPartialView = 0