City Guide about Marbella with tips and reviews by travelers. 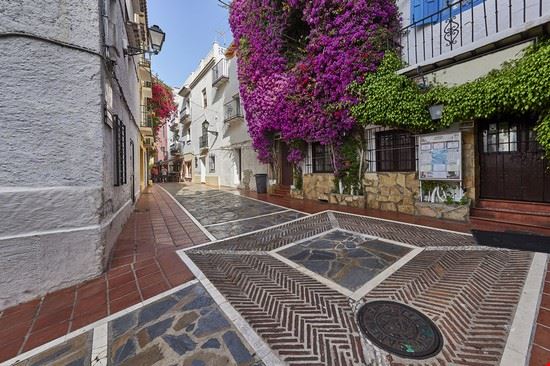 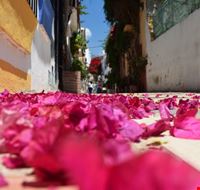 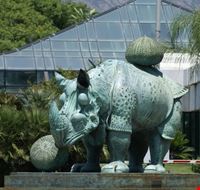 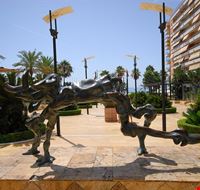 GuidePdfAppDownloadRow-GetPartialView = 0
The city of Marbella is located in the region of Andalusia in Spain along the Costa del Sol coastline. This beautiful city is nestled between the Sierra Blanca Mountains and the blue waters of the Mediterranean Sea.
Due to its unique location, Marbella has an unusually pleasant climate. Summers are not too hot, and winters never freezing. The average yearly temperature is around 19ºC, and some rainfall is experienced in the winter months.
Marbella has a population of approximately 120,000 people. This documents the city’s rapid rise as a major tourist destination from its humble origins as a fishing village.
Archaeological excavations show that this city has been inhabited since the Palaeolithic era. Over the years, it has been inhabited by the Phoenicians, Carthagians, Romans, Moors, and eventually, the Spaniards.

Overall Guide : Marbella is one of the most important beach resorts of the Costa del Sol. It is renowned all over the world as a popular destination for wealthy tourists from Northern Europe, the United States and Arabia. The city has some... more 26 km of sunny beaches where visitors can laze in the sun or engage in variety of water sports. There are also many excellent facilities for golfing enthusiasts. The Hipodromo Mijas Costa provides visitors with a ringside view of horse racing events round the year. The Puerto Banús is a famous yacht marina that is lined with many popular bars and restaurants. It is also a good place to spot celebrities. The delightful Bonsai museum and the Museo del Grabado Español Contemporáneo have many fascinating exhibitions and displays. One of the prettiest places in Marbella is the famed Orange Square. This square has many buildings, structures and relics that provide visitors with a glimpse of this cities rich historical heritage.