City Guide about Málaga with tips and reviews by travelers. 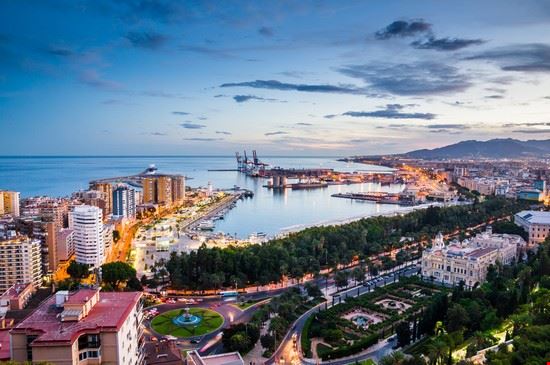 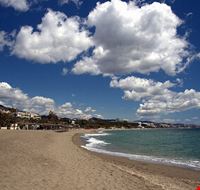 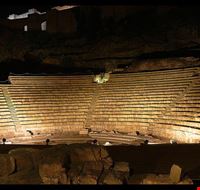 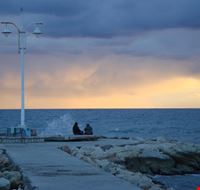 GuidePdfAppDownloadRow-GetPartialView = 0,0156271
The port city of Málaga is located in the southern part of Spain on the Costa del Sol coast in the region of Andalusia. It is surrounded by the Axarquía hills to the north, the rivers Guadalmedina and Guadalhorce, and the inviting waters of the Mediterranean Sea.
The climate is mild and equable due to its proximity to the sea and mountains. The mean annual temperature hovers at around 19°C. July and August are the warmest months and December and January, the coldest. Some rainfall is experienced in the winter months.
The population of Málaga is approximately 560,000. In addition to its Spanish heritage, the city’s culture and architecture also retains the influences of the Moorish kings who ruled here centuries ago. Málaga also has the distinction of being the birthplace of Pablo Picasso.

Overall Guide : Málaga is the perfect holiday destination with its many historical monuments, atmospheric little streets and delightful café culture. There are many interesting shops, tapa bars, restaurants and Moorish tearooms in the bustling streets of the Calle Larios. If you want... more to avoid the hustle and bustle, you could head out to one of the many beautiful beaches to soak up the sun. The beautiful botanical gardens of Jardines de la Concepcion lie on the outskirts of the city and are another popular destination for those who enjoy the solitude of nature. Málaga honours its most famous son, Pablo Picasso, at the Picasso Museum and the Plaza de la Merced, the birthplace of the famous artist. The Gibralfaro castle lies atop a hill and offers visitors a charming view of the entire city. Málaga is also well-connected to other cities like Sevilla, Córdoba, Granada, and Jaén by road and rail. The colourful celebrations during Easter should not be missed.

Overall Guide : Great for holidays and living. I recommend to go to Sierra Nevada mountains and look around in Granada too. Also it's worthy to visit Alhambra. Don't forget to visit Pablo Picasso museum in Malaga. If you will be there during... more any festival - you'll have many impressions about people, town, traditions, food and so on.
Not to be missed Castillo de Gibralfaro , Museo Picasso de Malaga , Museo de la Abadia de Santa Ana del Cister
IntroReviewListContainer-GetPartialView = 0,0156254
AdvValica-GetPartialView = 0
AdvValica-GetPartialView = 0