City Guide about Liverpool with tips and reviews by travelers. 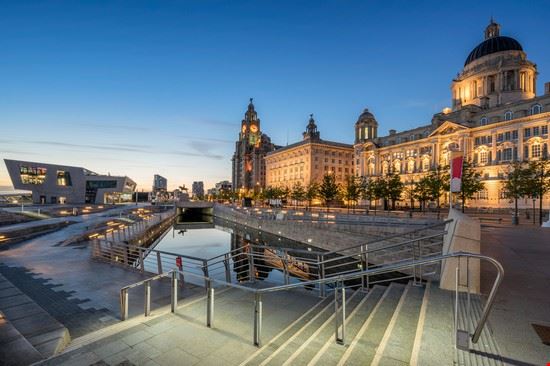 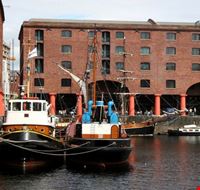 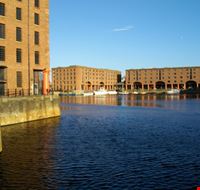 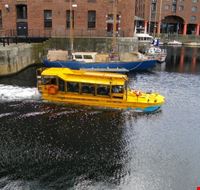 GuidePdfAppDownloadRow-GetPartialView = 0,0030039
Liverpool, on the Mersey river, dynamic and lively, is one of the busiest ports in the whole world, a city where music, art and sport are great, a wonderful, never ending concrete reality!
Liverpool, Great Britain's fifth-greatest city, in the North west side of England, is wordly famous for its port, but also for its two football clubs Everton FC & Liverpool FC.
At present, Liverpool has so much to offer that whatever the preference or the budget is, there is always something for anyone out.
Liverpool is not only an exciting centre of both art and culture with its universities, Philarmonic Orchestra, The Biennal Festival of Arts, and more, is also a city in continuous and progressive growth in tourism, offering a wide range of high quality services.
It was in the 19th century that the city started to develop properly.
In the sixties it became an important, undeniable, cultural centre for the youngs: music was changing and the Beatles, produced their ever-green rock sound!
No doubt, one of the most important british commercial hubs, Liverpool lively and exciting, is a nice place where to go to, not only because of its night-life, music, arts and football club, but for the many VIPs who were born and lived here, along the time!
In Liverpool, considered a great melting pot of different cultures and traditions, can certainly be enjoyed the european way of cooking, and following to the always increasing growth of its Chinatown, chinese restaurants are wide diffused, too, though international cuisine is served nearly everywhere.
Italian, French and Greek restaurants along with south american cuisine are there, too, not to forget the typical pubs or pizzerias!
Temperatures in Liverpool vary from 1.5°C up to 20.50 C.

Overall Guide : Mostly toured in summer, though spring time is a nice season, too, to enjoy its natural beauties and cultural heritage. It is so rich in art, culture and literature that hardly ever you have the time to get bored while... more there! Its architectures still witness evidences of Victorian, Georgian and Neo-Classical styles! Liverpool is unquestionably a city of culture: many the museums and the art galleries, most of which are in the astonishing and smarty Brown Street. Among the manies are: The Merseyside Marittime Museum, in Albert Dock, simply a must! Liverpool and its extraordinary history is there, from the industrial revolutio to the second War and more! The Tate Gallery in which is the National collection ot 20th century Art. The Liverpool Museum and its Planetarium. Liverpool Cathedral in anglican style, has a tower of over 100 mt high and one of the greatest bells in the world. Speke Hall. Liverpool and some of its areas have been made famous by songs by The Beatles, like the unforgettable Penny Lane and Strawberry Fields! Amongst the greatest attractions are, no doubt, The Cavern, 50th anniversary in 2007, the club where such a notorious band played hundreds of times and Lennon Bar! How great it would be being there on such an occasion!

Overall Guide : It's an amazing tow with functional transportation. The city life is happening especially on weekends when there is a football match going on. One of the greatest teams in world originates here. The one and only Liverpool Football Club. The... more city and it's surrounding neighbourhood is pretty safe. No problem moving around alone. Life in the city is affordable but can get expensive if yo don't budget well. Easy to say, Liverpool is the best place on Earth. For more information, you gotta experience it yourself!
Not to be missed Anfield stadium , Walking Tour of Liverpool

Overall Guide : Liverpool is one of the great cities of the world, not just for its many interesting features but above all for its people. There are great theatres, a vibrant music scene and two superb football teams: Liverpool and Liverpool Reserves. The... more museums are amazing, and at times very moving. Some of the world`s greatest pubs/bars are here
Not to be missed Walking Tour of Liverpool , Merseyside Maritime Museum , Tate Liverpool

Overall Guide : I love Liverpool university, in fact Liverpool is the only city i wished to live in the near future.
Not to be missed Anfield stadium , Merseyside Maritime Museum

Overall Guide : Liverpool FC fan, love the city, love the people, always enjoy our trips usually Friday morning to Sunday evening. Liverpool is an experience in itself.
Not to be missed Anfield stadium , Tate Liverpool
IntroReviewListContainer-GetPartialView = 0,0160154