City Guide about Buffalo with tips and reviews by travelers. 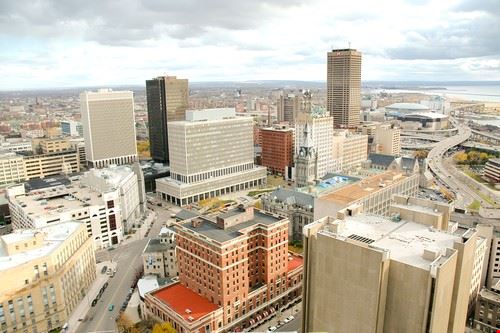 GuidePdfAppDownloadRow-GetPartialView = 0
Buffalo is the second most populous city in New York. This city is the principal city of the Buffalo-Niagara Falls metropolitan area and the seat of Erie County. it had originated as a small trading community in 1789. It is believed that the city of Buffalo was originally settled by the Neutral Nation.
This city has a population of 292,648 people as per the 2000 census. As of 2009, the population is 272,632 people.
As per the United States Census Bureau, the city had a total area of 52.5 square miles, of which 40.6 square miles is land and 11.9 square miles is water.
Buffalo experiences snowy winters and is fairly humid. It has continental type of climate. The city experiences 37 inches of rainfall and 82 inches of snowfall each year. The number of days with measurable precipitation is 166 days. There are 155 sunny days each year in this city. July month is high with 80 degrees and January month is cold with 18 degrees.