City Guide about Sydney with tips and reviews by travelers. 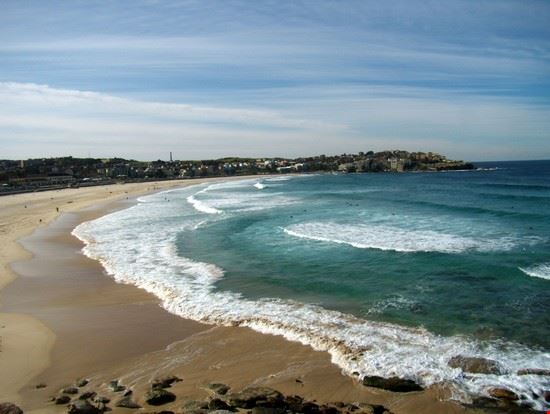 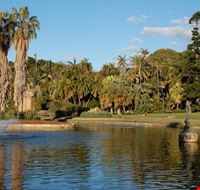 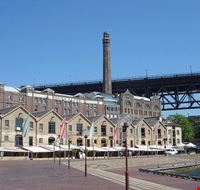 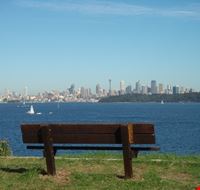 GuidePdfAppDownloadRow-GetPartialView = 0,0156271
Sydney, Australia’s oldest and largest city, is located in the state of New South Wales on the continent’s southeast coast. Sydney was the site of the first European colony in Australia, established in 1788 in Sydney Cove soon after the arrival of Captain James Cook in the nearby Botany Bay.
Sydney is Australia’s most populous city, with a cosmopolitan population of over 4.2 million people. The popular tourist destination is situated around the world’s largest natural harbour, Darling Harbour, which is also regarded as the most beautiful of its kind.
Sydney enjoys warm summers and mild winters, with rainfall spread throughout the year. Although the city was established as a British colony, it was a well-established city by 1822. Over the years, it has seen rapid urbanisation and is now a modern, organized metropolis.

Overall Guide : Sydney’s most well-known and prominent landmarks are the Sydney Opera House and the Harbour Bridge. The Opera House is famed not only for its groundbreaking design and stunning, soaring architecture but also for its tremendous acoustics. The Harbour Bridge, which... more was opened in 1932, links Sydney’s Central Business District with North Sydney. It is exceptionally accessible to tourists; those inclined towards adventure sports can even go on a dizzying three-and-a-half hour guided ‘climb’ of the bridge that takes visitors up to 134 metres above Sydney Harbour! Sydney is a free-spirited, vibrant, accessible and tourist-friendly city. Its Chinatown area is a favourite with visitors for its delectable cuisine and distinctive markets. Haymarket is known for its pulsating nightlife, particularly on weekends. The Rocks and the Circular Quay are also popular destinations for their historical importance, shops, pubs and restaurants.

Overall Guide : I recommend going to Sydney for no longer than 3 days, it's beautiful but there isn't much to see: Harbour Bridge, Opera House, Fish market and the CBD! The best thing is to discover the outback and the nature, which... more Australia has a lot of. Above all there are nice shops and shopping centres. Costs are a little high in general, especially food and housing.

Overall Guide : Had a wonderful visit to Sydney, visiting friends and sightseeing, would love to go back some time soon. Shopping and transport around the city to see the sights was easy, and very affordable. Food and atmosphere ( there was a... more Greek festival in the gardens by the harbour) families all out having a lovely time, singing dancing and lots of gift stalls.

Overall Guide : TAKE A FERRY TOUR OF THE BEAUTIFUL BAY AND STOP TO SEE THE ZOO. FROM THE ARENA WHERE THEY DO THE BIRD SHOW YOU CAN SEE THE CENTRE OF TOWN AND ITS SKYLINE. I WENT IN AUGUST, I THINK THAT... more IN AUGUST THE TEMPERATURE IS RIGHT FOR WALKING AROUND THE CITY. HAVE A GOOD TRIP!!!!

Overall Guide : It's beautiful, clean, functional, dynamic, it's the city of the future, it's especially suitable for young people because it offers countless opportunities. The journey there is long and expensive, the distances to cover to get to other places on the... more continent are vast, but it's worth it. It's extremely safe and there are lots of Italian restaurants.

Overall Guide : Terrible, Not at all fun!

Overall Guide : Sydney is the city of Australia so all the people came to purchase a good and services. Good quality food product are found in here so it is good.
Not to be missed playing football in there ground , shopping

Overall Guide : SYDNEY IS A PLACE THAT IS VERY BEAUTIFUL, ITS A CITY IN AUSTRALIA. IT A FAMOUS PLACE WHERE EVERY BODY DREAMS TO GO. FIRST WHEN I WENT TO SYDNEY I SAW IT VERY NICE. BYE
IntroReviewListContainer-GetPartialView = 0,0312534