City Guide about Berlin with tips and reviews by travelers. 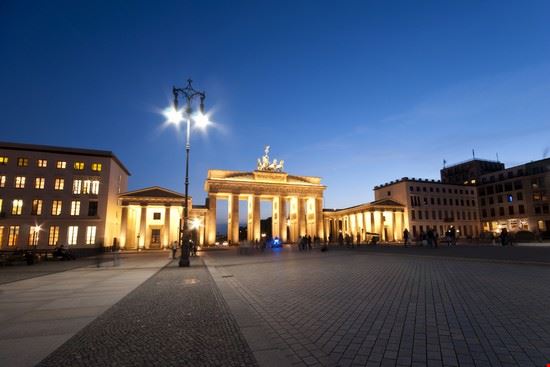 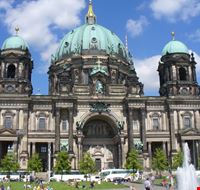 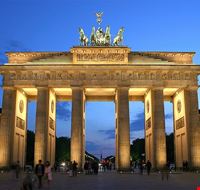 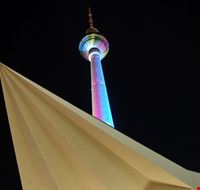 Overall Guide : Berlin is also a rapidly developing city when it comes to shopping. With Ku'damm (Kurfürstendamm), Friedrichstraße and Potsdamer Platz it boasts three different shopping centres. The Kurfürstendamm, a magnificent boulevard which extends for 3.5 km from the... more Memorial church to Halensee, has something for everyone: from the famous department store Kaufhaus des Westens (KaDeWe) over the Europa-Center to the many international fashion boutiques, restaurants and cafés. During the mild summer nights, this part of Berlin (like so many others) stays open 24 hours. Closing times are practically unknown and visitors to the "Athens on the Spree" can savour the delights of its cosmopolitan character to the full. And to lend them a helping hand, there are approximately 6,000 restaurants to suit all possible tastes. In addition to Ku'damm, Friedrichstraße and the attractive boulevard "Unter den Linden" in the former East Berlin are very nice places to go for a stroll, too. On Potsdamer Platz there are now around 130 shops on the DaimlerChrysler site which opened on 2 October 1998. All three shopping centres are directly connected by the underground line U2. On the elegant boulevard Unter den Linden, which celebrated its 350th birthday in 1997, visitors can once again enjoy the charm of the great city of Berlin, surrounded by historic buildings such as the Humboldt University, the State Opera House, the New Guard House, the Arsenal, the Old Museum in the Lustgarten, the Cathedral and the Nicolai District with the Ephraim Palace. Behind "Museum Island" at the Hackescher Markt in the former Scheunenviertel district, a sub-cultural scene has established itself which, by virtue of the creative diversity of its many galleries, performances, variety turns, dance halls and cafés, attracts an international clientele of artists and visitors alike. A second centre of the new scene in the eastern part of the city has developed in the district of Prenzlauer Berg. We can, of course, provide only a rough outline here of this city and its many facets. We, therefore, extend a cordial invitation to you to come and visit Berlin so that you can explore it and come to understand and appreciate it. We wish you a very pleasant stay. (10.352 signs)

Overall Guide : I found Berlin very exciting. I would live there, of course, because it is full of charm and history, certainly, but also because it's civil and welcoming, festive and full of greenery. A city which respects animals and children is... more a good place to live. I discovered Berlin thanks to a terrific guide with a warm and friendly personality: Luca Cittadini. I highly recommend him.

Overall Guide : THE CITY OF A THOUSAND FACES ... ARCHITECTURAL AND CULTURAL ... LIVELY, YOUNG AND IN FULL GROWTH! THE CITY OF THE YOUNG AND ARTISTS - IT OFFERS THEM EXCEPTIONAL OPPORTUNITIES AT GREAT PRICES. MUSEUMS, EXHIBITIONS, ARTWORK, CONCERTS, BUT NOT ONLY... more THIS ... ALSO A LOT OF FUN.

Overall Guide : Wonderful modern city. Book visits to museums and places online. Bring guides in Italian if you don't know any other languages. Don't buy water in restaurants because it's really very expensive compared to beer and soft drinks that are cheap.

Overall Guide : The museum island (especially the Pergamon and the neues museum), a concert at the Philharmonie, the colors of Kreuzberg, berlin by night, the little bars of trendy neukoelln; Sunday brunch on the Landwehr Canal, sitting on the u-bahn and watching... more people around you.

Overall Guide : The most amazing city in all the world, the place for the leaders of future...

Overall Guide : Berlin is one of the most amazing places in the planet and it is just cool.Y ou will see that in every where would you go food, housing, cloth and transport

Overall Guide : We stayed in The International Youth Hostel in Berlin. Very clean and a convenient place to more tourist destinations such as Zoological Gardens, Brandenberg Gate etc
Not to be missed 01 Euro Shop , Brandenburger Tor , Zoological garden

Overall Guide : Very beautiful town and safe, not to much expensive, one of the beautiful town in the world.
Not to be missed Philharmonic , Grunewaldturm , Altes Museum
IntroReviewListContainer-GetPartialView = 0,0312529